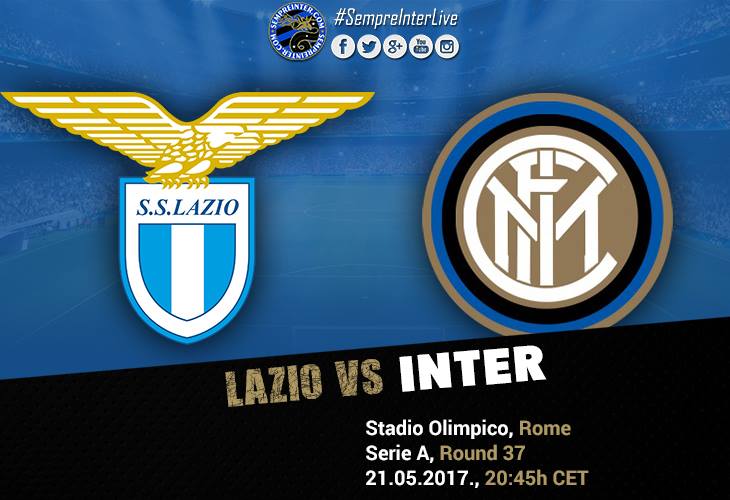 The black and blue tailspin continues and the trip to Rome will do Inter no favours. Match on Sunday at 20:45 CET.

The dreaded end of season trip to face the Biancocelesti in Rome is upon us again, and there’s no better way to cap this epically disastrous end of season than revisiting memories of the fateful 5th of May.

Despite the Coppa Italia loss to Juventus, Lazio still have it all to play for. They are fighting off a challenge by Atalanta for their fourth spot which will allow them to avoid the dreaded Europa League preliminaries in summer, so expect the Roman outfit to show no sympathy or lethargy.

Stefano Vecchi and his men on the other hand have little or nothing but pride to play for. It is difficult to see how the Nerazzurri will put up a fight in light of the fact that most players realize that their futures in Appiano Gentile are in jeopardy.

With Joao Miranda and Mauro Icardi possibly out of the match due to injury and Geoffrey Kondogbia still suspended, there’s little hope for those stepping in to raise the level of quality on the pitch.

Mauro Icardi: If Icardi’s recovery allows him to play, then there’s no one to pick but him. The Argentinean hitman has been mostly exceptional all season and surprisingly is still in the running for a capocannonieri podium finish despite Inter’s miserable season. While Icardi’s motivational credentials aren’t well established there can be no doubt over his goal scoring ability.

Author’s Note: There’s little to look forward to in this match and less reason to watch it, but as always; Forza Inter.