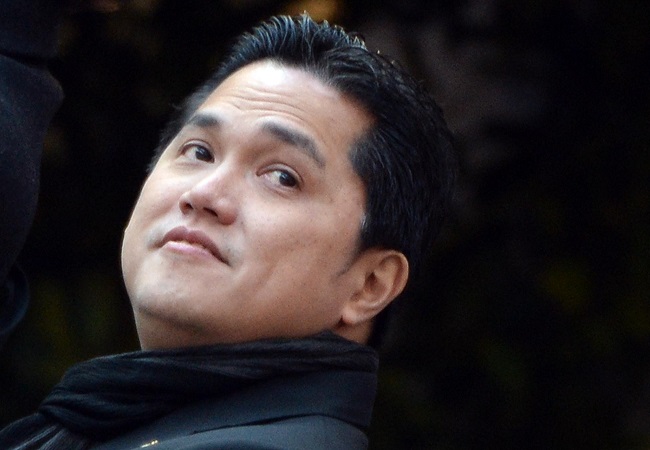 “In view of my commitment to the organization of the Asian Games, I temporarily resign from the Mahaka Group.” Inter president Erick Thohir, wanted to make clear his position a few hours after the statements released at Tempo, confirming that he had stepped back: “At ANTV and Inter I knew I would be involved in the Asian Games, and consequently I would have been less active on the other two fronts than I usually do, but I never said that I would have resigned from Inter president.I do not know what will happen in the future, this will depend on the shareholders’ decisions (Suning Group ndr ) Now I’m no longer the majority shareholder. ”

Subsequently, the Indonesian tycoon dealt more extensively with the Nerazzurri market, compared it with Milan’s Pharaonic: “Under my management, from 2013 to 2016, the club has bought so many players. It is the same thing with Suning, with Milan being different, they have new investors and can make different purchases, as our sporting director (Sabatini) said, our policy is different. The management is considering the our squad, then it will be decided who will remain and who does not. ”

Finally, Thohir closes with his personal wish: “My hope from 2013 to the present is always the same: I want to see Inter in the Champions League, so the players who will come will have to respect the team’s needs.”