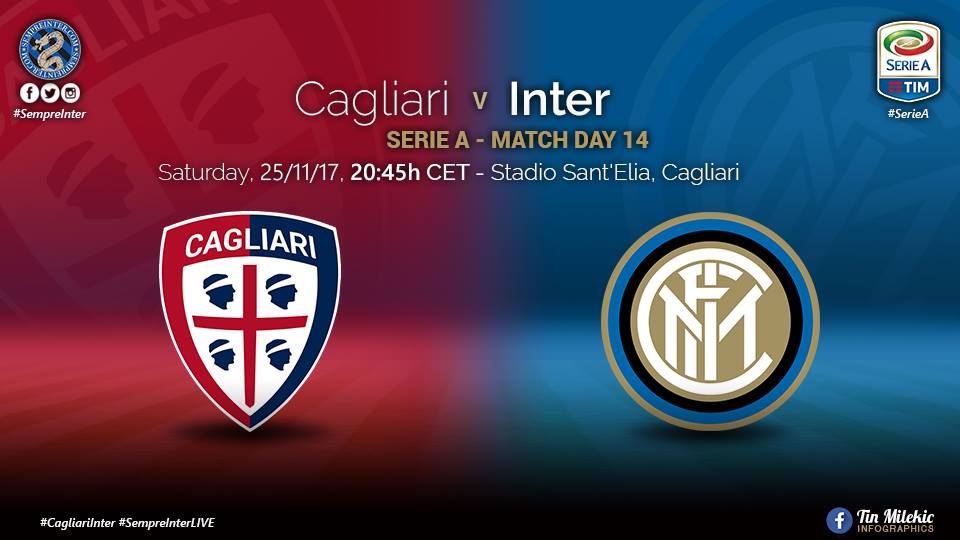 Inter take the momentum from their win against Atalanta last Sunday as they travel South to face Cagliari. Match on Saturday at 2045 CET.

Having successfully navigated the post-international break fixture against Atalanta, the Nerazzurri will be feeling that it’s business as usual as they travel to Sardinia to face Cagliari. Since offloading coach Massimo Rastelli, the Isolani’s new coach, Diego Lopez, has managed to steer the side to a decent run of three wins in five matches, with the Sardinians having won their last two games in a row. Their two losses were away to high-flying Lazio and the resurgent Torino, which says plenty about the danger the Southerners can pose to the visiting Nerazzurri.

Luciano Spaletti alluded in the post-Atlanta interviews to the fact that the time to start squad rotation would be soon, and that the intention of fixing a starting eleven  so far was calculated and required to build and maintain an identity and philosophy to the side. While this may not be the match we may actually see rotation en-masse, it would be wise to expect one or two reshuffles to the stating eleven.

Lopez likes to play with a straightforward 3-5-2, and so, Inter’s midfield trio will work overtime to contain the overloaded midfield, while both Ivan Perisic and Antonio Candreva will be be expected to work overtime both covering the flanks and providing assistance to Mauro Icardi in the box. As usual, much of Inter’s performance will depend on the condition the full-backs find themselves in; if Danilo D’Ambrosio and his left flank counterpart are in-form then expect this to transmit confidence and stability to the entire side, allowing Inter to build comprehensive attacks from the back.

With the challenge by Spaletti to Dalbert to improve his output in training last week, this match may become a defining moment for the Brazilian full-back’s Inter career. He will either set-up and make a strong case for his presence in the starting eleven or get disheartened and slowly fall into Inter’s long list for left-back anonymity. There is a small chance of seeing Joao Mario starting the match, but that remains unlikely. Otherwise, Spaletti has a full squad to choose from having no injuries or suspensions to contend with.

Last 10 Head to Head: Draws have had the highest frequency as a result in the last ten matches between the two sides as four of said matches have ended even. In non-drawing matches, it is an even record between both sides with three wins to either side.

Ivan Perisic: Despite having has a very positive break with his national side who managed to qualify for the World Cup through playoffs, Perisic had a largely anonymous performance against Atalanta. Whether this is due to him missing his left-flank comrade Yuto Nagatomo or whether it was just an off night, this will remain to be seen. Regardless of the reason, we all know that Ivan the Terrible is his own biggest critic and he will be giving his all to put in an improved performance on Saturday.

Prediction & scorers: Cagliari 0 – 2 Inter with an Icardi breaking the deadlock and Candreva sealing the deal.

Author’s Note: Although a trip to the Sardegna Arena is never a joy, a strong and disciplined Inter will have more than enough quality to take all three points back home.