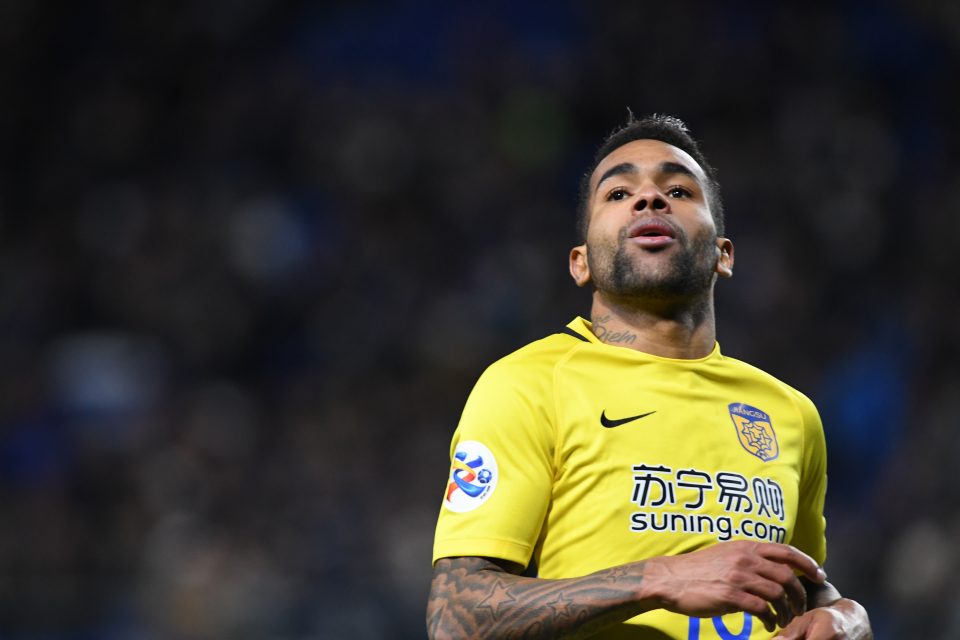 Inter’s interest in Ramires has cooled but it has heated up for his teammate Alex Teixeira according to a report from Turin based news outlet Tuttosport.

The news comes after Teixeira, formerly of Shakhtar Donetsk, met with Jiangsu Suning manager Fabio Capello, who then placed the 27-year-old attacker on the transfer list.

Ramires seemed almost certain to join Inter, certainly between October and November but with only one non-EU spot available and Inter having the desire to add a player with Teixeira’s characteristics, a move seems difficult.

Should a move for Teixeira come to fruition, it is likely to be on a loan basis until the end of the season, which will be at a low cost thanks to the special relationship between the clubs due to them sharing the Suning Group as owners.

In the recently ended Chinese football season, Teixeira contributed 11 goals and six assists in 28 appearances in all competitions.