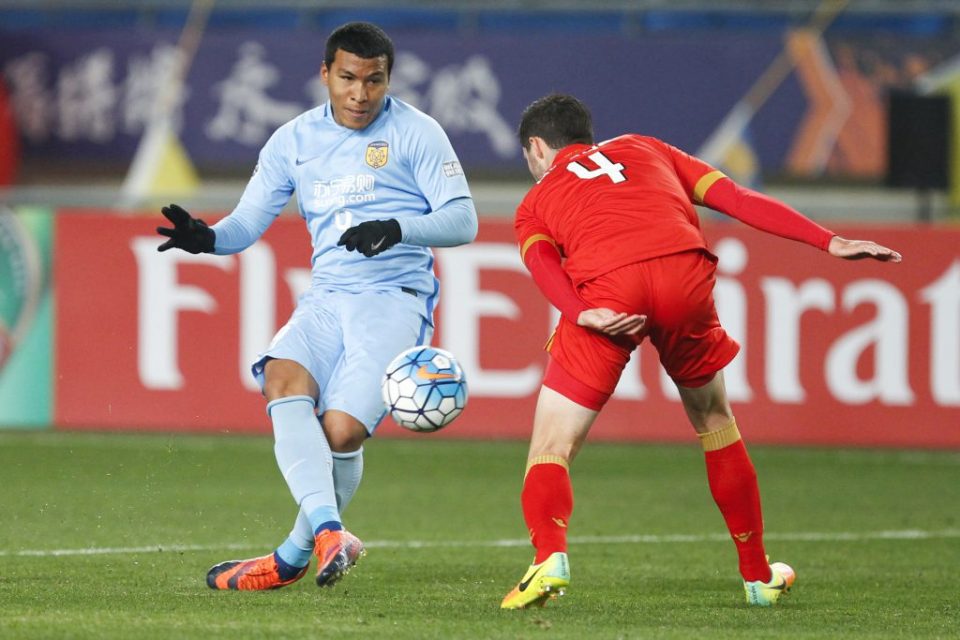 Jiangsu Suning striker Roger Martinez has decided that his future lies in Italy with Inter. According to FCInterNews.it sources close to the Colombian seem to suggest that his time in China is over. A little over a month ago his agent declared his clients wishes to play in Europe in an interview with FCInterNews.it and it would seem now that Inter is his preferred destination. It has also been reported that he already has an agreement with Walter Sabatini allowing him to leave.

Today the story took a definitive twist with the player himself expressing in no uncertain terms exactly what he wants. In an exclusive with El Espectador he made his intentions very clear: “I want to make the step up in quality and I would like to play in Italy.” A clear message from the former Racing Club striker. Add that to his social media post with Javier Zanetti from 2016 with the tagline “the best is yet to come” it is clear that Inter has always been in his interests and the striker is looking to Walter Sabatini to help facilitate the transfer.

Another factor is that the striker does not hold a European passport. With the Serie A limitations on the signing of non EU players, any possible deal for Roger Martinez would mean no chance of Ramires or Dias coming to the club considering Inter only have one non EU place remaining after the signing of Dalbert from Nice last summer. Add to that the Financial Fair Play restrictions and the movement of players between clubs with the same owners and all of a sudden it becomes difficult to see an easy solution.

At the moment nothing is certain but what remains is that if it were for Roger Martinez he would be an Inter player today and perhaps may well have been a long time ago.