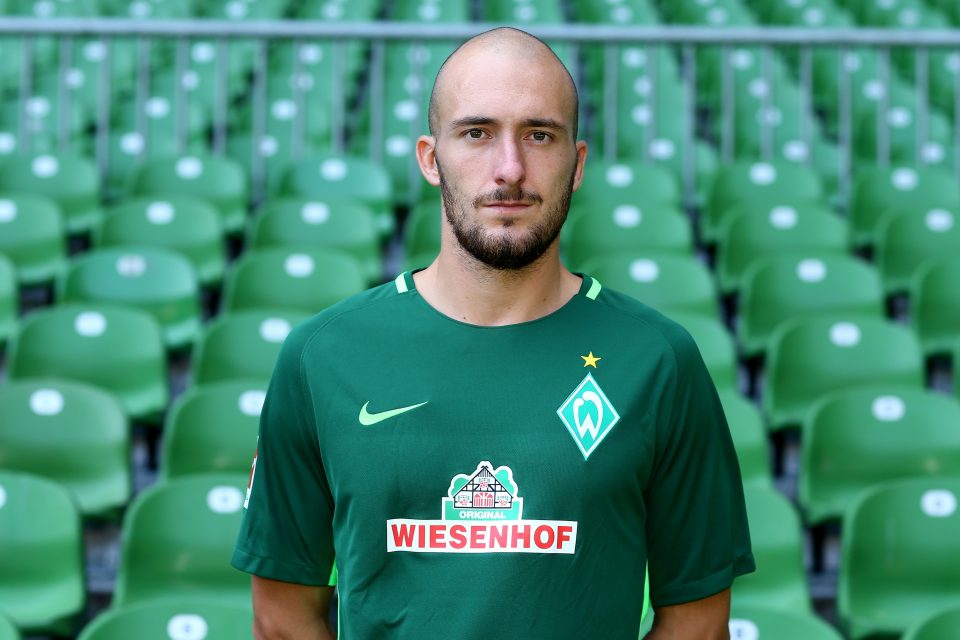 Former Inter centre-back Luca Caldirola is set for a return to Serie A, having played his football in Germany since 2013.

According to ANSA, the now 26-year-old defender is close to leaving Bundesliga side Werder Bremen in order to join Cagliari, with the Sardinians keen to strengthen in several key positions during this month’s transfer window.

Indeed, a move to the Rossoblu will provide Caldirola with the opportunity to team up alongside another former Inter youth product: Marco Andreolli.

During his time in Germany, the Desio native spent a season on loan at Darmstadt, having struggled to secure a starting berth in Bremen after a series of injury problems prevented him from progressing as well as many believed he could.

His current contract expires in June 2019, though it seems inevitable that he will return to Italy in the coming days in order to help Diego López’s side climb up the Serie A table. They currently sit in 15th place, just five points above the relegation zone.