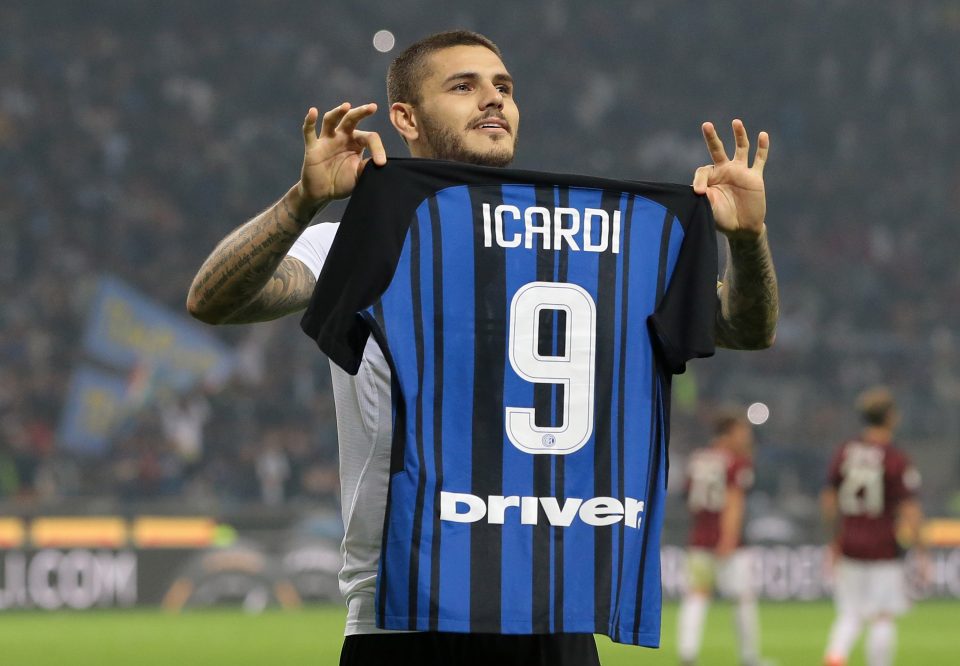 Inter are readying a new contract for club captain Mauro Icardi, as they look to fend off interest from Real Madrid and other top European clubs. By February, Mauro Icardi’s contract is sure to be revised. Icardi has been in superb form for the Nerazzurri this season and has already found the back of the net 18 times and is the second-highest goalscorer in this Serie A season, behind Lazio’s Ciro Immobile.

According to Italian newspaper Gazzetta dello Sport: “There is still an official appointment to be made, but the wife and agent of the Argentine,Wanda Nara and her team will soon meet with Inter’s management to lengthen the contract and revise the clause, with an increased salary for the striker. The constant growth of Mauro and the prices of players in the current market, mean that the €110m release clause (only for foreign clubs) seems too little for a player of his calibre.

Currently Icardi earns €4.5m plus bonuses until 2021. Gazzetta Dello Sport believes the new contract will raise the release clause to at least €200m, extending the lenght until 2022, whilst the player will pocket at least €7m a year”.