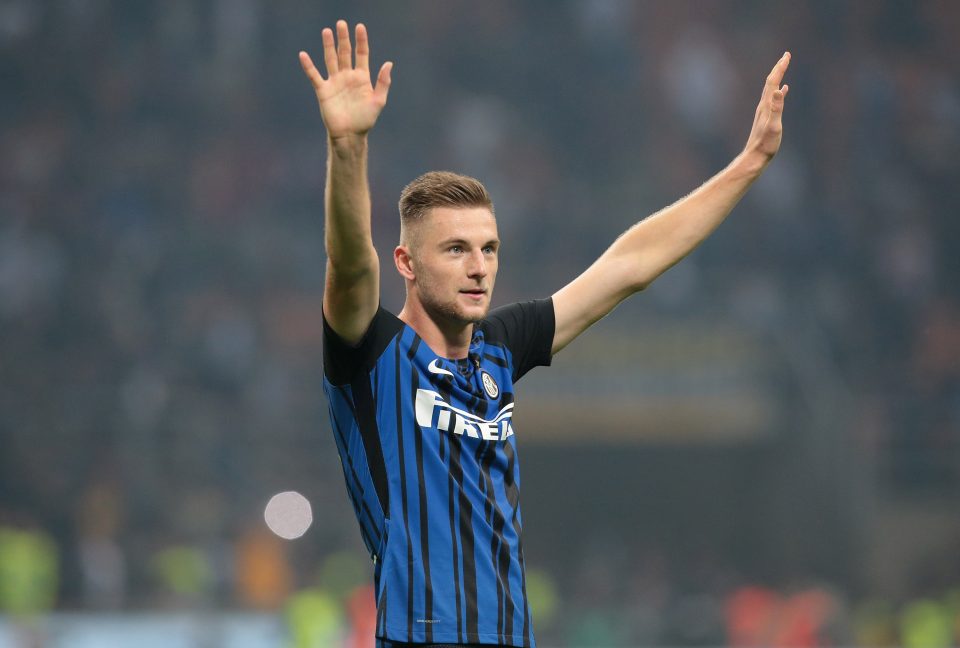 Italian media outlet FcInterNews report that there is quite of bit of interest from the top European clubs in Inter’s Slovakian central defender Milan Skriniar.

The Slovakian center back, received an offer of €65 million euros that was sent back to the sender this past January by Inter. He is estimated to be worth no less than €70 million by Inter, who in recent days has caught the eyes of Barcelona, Arsenal, Paris Saint-Germain and Manchester City. Four high-ranking clubs that are monitoring him in the hope of having him as a reinforcement next summer.

Milan Skriniar was transferred to Inter this past summer for a fee of €20 million from Sampdoria. He has worn the black and blue shirt 26 times, starting in each of those matches and he has been able to find the net 3 times in his first season with the Nerazzurri. The Slovakian center back has defended cleanly all season, only receiving one yellow card to show for it.