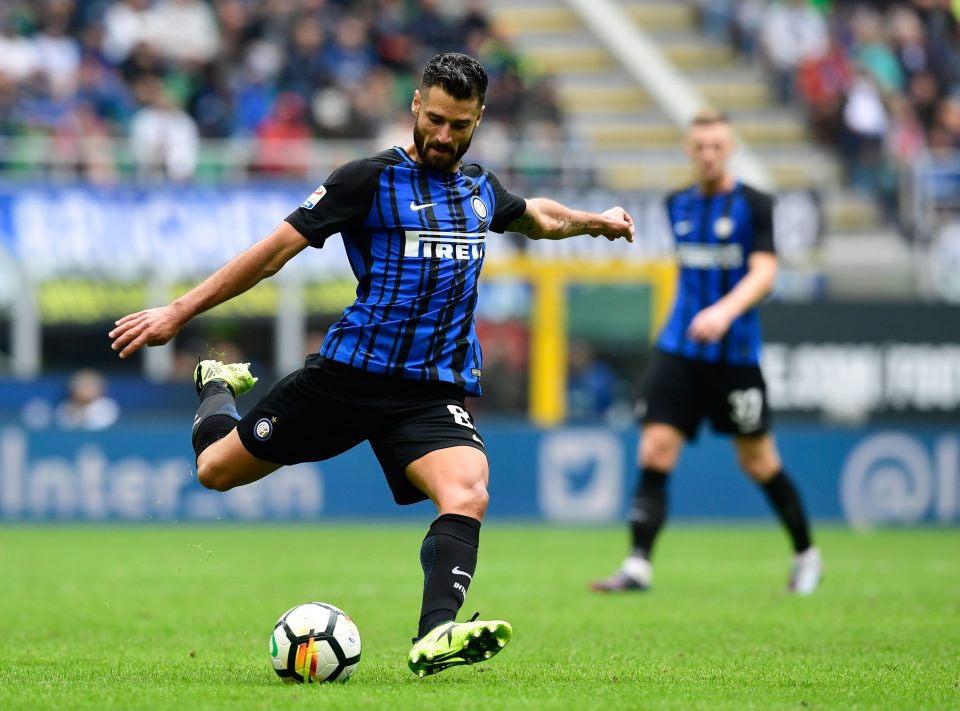 Who will play in the midfield against Milan? Spalletti reflects on solutions and combinations this week. According to Gazzetta dello Sport, Rafinha is unlikely to be played from the beginning, given his poor physical condition.

Therefore it would not be considered impossible for Spalletti to set up a 4-3-3 again, to match Gattuso. The only player certain to start today is Matias Vecino. Marcelo Brozovic, Roberto Gagliardini and Borja Valero must all fight for their places, while keeping an eye on Antonio Candreva who could be moved into the advanced midfielder role, just behind Icardi. This is a role that Candrvea, who turned 31 the day before yesterday already has experience in, playing there for Lazio and also for Inter against Benevento last weekend.

This could give some advantages for the Nerazzurri in attack. The team would not be so dependant on playing out wide and creating chances from crosses. In addition, Antonio has 8 assists this season but still no goals, so it would put him within shooting distance more. Joao Cancelo would be able to attack more, by overlapping one of Santon or Karamoh.

Yann Karamoh is the obvious choice, he conveys enthusiasm which sometimes causes him to ignore tactical strategies, which can make him decisive in games, when the team is struggling to score, as shown in his contributions against Bologna and Benevento. Although, the former Caen player will be up against Rodriguez who is a superb defender, but even the Swiss international will have to play extremely well to keep Karamoh silent for so long.