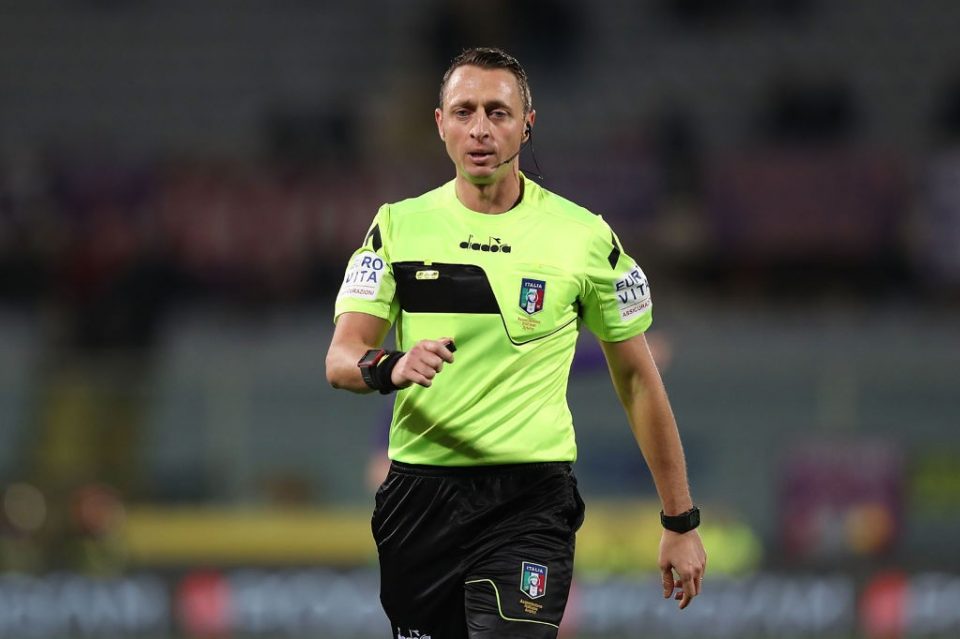 The refereeing appointments for the penultimate weekend of the Serie A season have been announced and it sees Rosario Abisso appointed to referee this weekend’s fixture between Inter and Sassuolo.

The 32-year-old referee will be assisted on Saturday night at the San Siro by Stefano Del Giovanne and Emmanuel Prenna and the fourth official will be Federico La Penna. Marco Di Bello will be in charge of overseeing VAR and Andrea Crispo will assist him.

Saturday’s match will be the first ever match that Abisso referees involving the Nerazzurri while it will be the second time he takes charge of a match involving the Neroverdi this season and third time overall. Abisso was the referee when Sassuolo beat Udinese 2-1 on March 17 at the Stadio Fruili in Udine.

Inter go in to the match knowing that they must win in order to keep their Champions League dream alive while Sassuolo have little more to play for than pride.