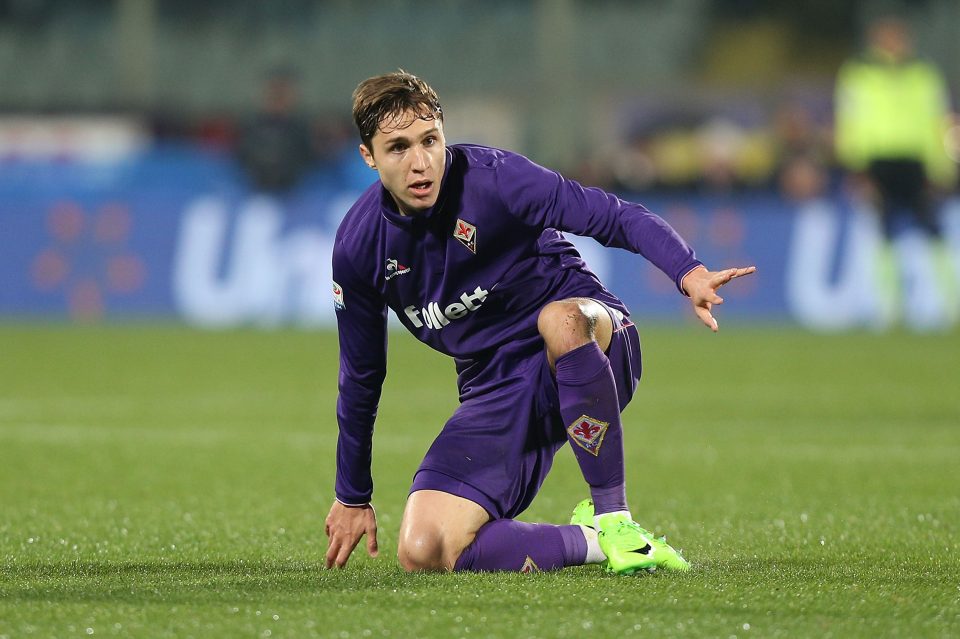 Italian starlet Federico Chiesa is one of the hottest names on the transfer market, with interest from both Italy and abroad. In the eyes of Fiorentina President Diego Della Valle, however, Florence is the best place for the young winger.

The Viola President stated according to FcInterNews that: “He is such a fit and handsome guy, he has an exemplary father and is happy in Florence – where should he go?” Fiorentina have been open to selling their star players such as Federico Bernadeschi in the past, but statements like these suggest that the club is keen to hold on to the player.

Seen as a promising talent for some time, the winger burst onto the scene this year with six goals and nine assists in his 32 Serie A appearances for Fiorentina. He also made his Italy debut in March, and retained his spot when Roberto Mancini took over for the recent friendlies.

The player is reported to be at the top of Luciano Spalletti’s wish list for next season, but will not be easy to secure from the Tuscan club.