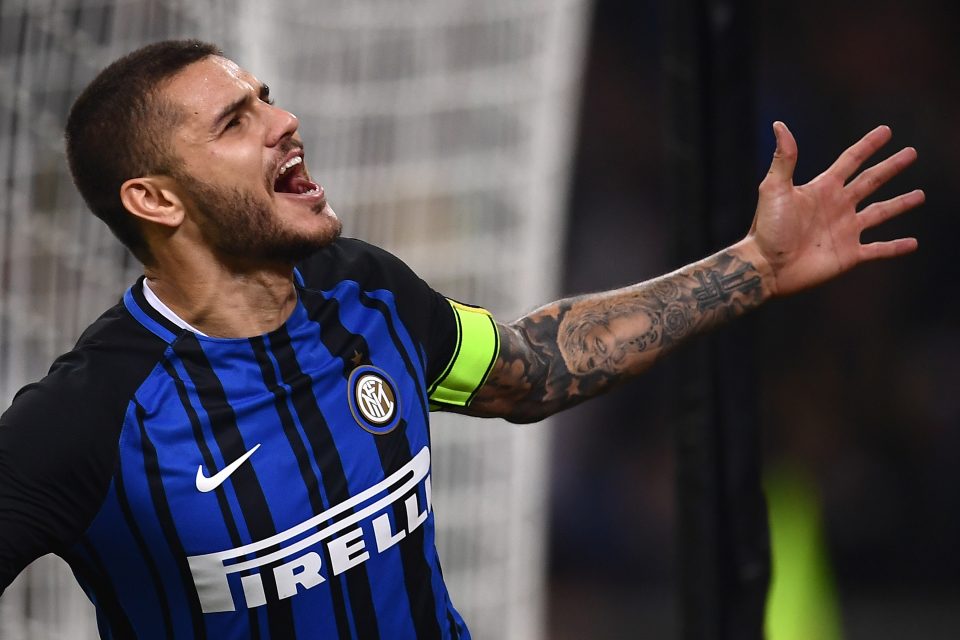 Mauro Icardi is at the centre of an important project and has no desire to leave Inter. The captain and the Nerazzurri have entered a new honeymoon phase before the inevitable renewal, as described by Tuttosport.

There are no fears of surprises, especially since Real Madrid, who at one point seemed determined to steal Icardi, have been linked to so many other names at this point (Neymar and Mbappe, for example) and have now decided to chase Robert Lewandoski, thanks to the respect Florentino Perez has for the Polish striker and his own for the club.

The story of Icardi and the Beneamata will continue. Although, there is no set date for a negotiation, because Icardi has agreed to allow management to prioritise the transfer market. The striker’s agent has demanded a contract worth €8 million per season but this is considered too much by Inter, who will offer €6.5 million plus bonuses, which would still represent a substantial increase on the €5.4 million he currently earns.