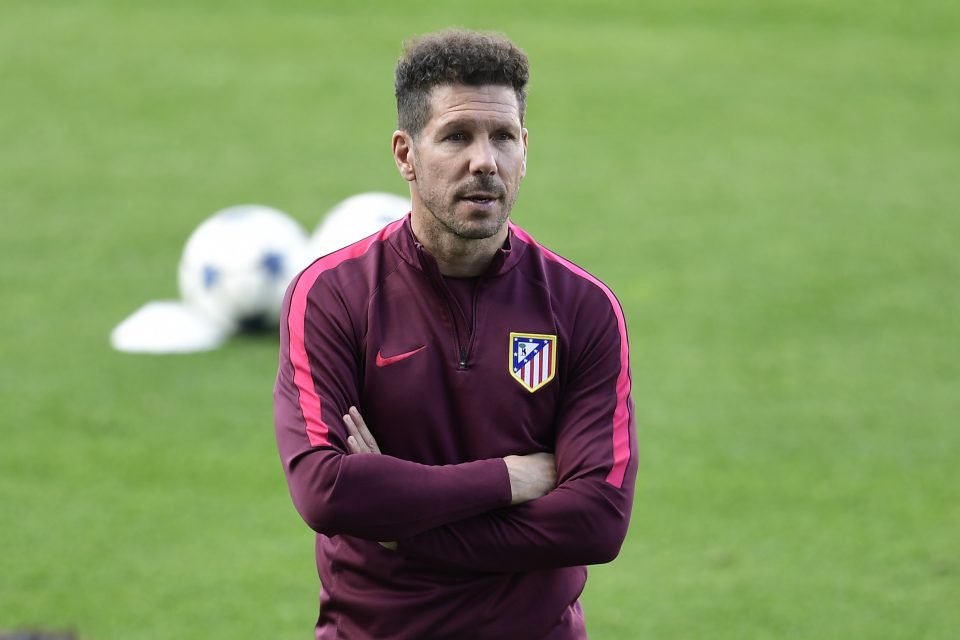 Speaking to Atletico’s official club website, the former Inter midfielder spoke highly of his next opponents: “Inter will be a great opponent who will bring more intensity and cause us difficulties. We must continue to put minutes in our legs. Between those who played in Cagliari and those who face Inter on Saturday, we will be able to define our side to face Madrid next Wednesday.”

Los Colchoneros have had an exciting pre-season and represent a difficult opponent for Luciano Spalletti’s men. Last season they finished 3rd in Spain and won the Europa League, and have added quality players such as Thomas Lemar, Gelson Martins and Santiago Arias to their team. They have also signed former Fiorentina and Milan striker, Nikola Kalinic.