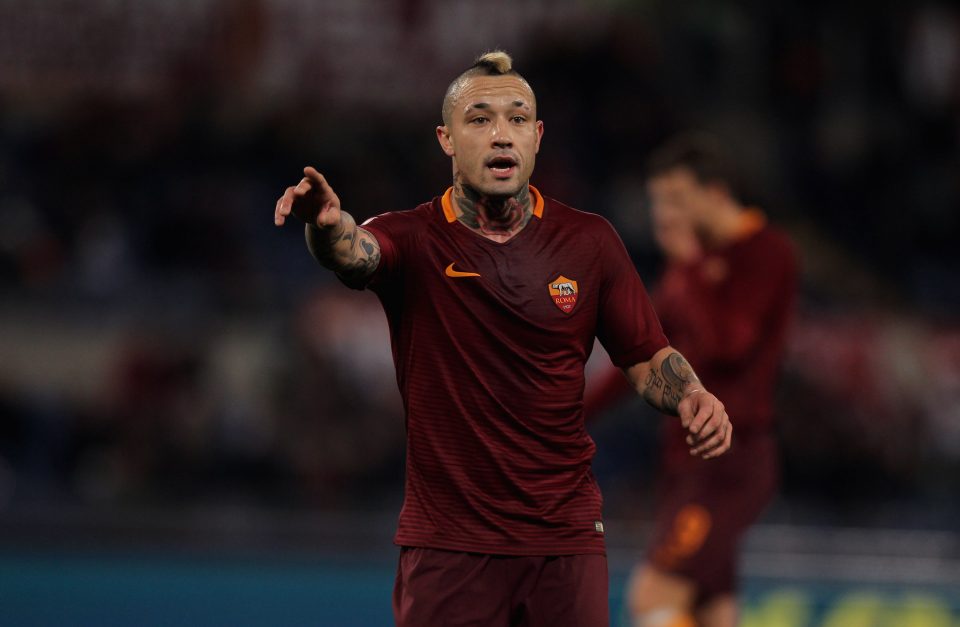 Former Milan midfielder Stefano Eranio believes that Roma are capable of coping without Radja Nainggolan this season, despite describing the Belgian and ex-teammate Kevin Strootman as ‘the heart and soul of the team’.

Eusebio Di Francesco’s side face Milan at San Siro this evening following a topsy-turvy encounter at home to Atalanta on Monday – which saw the Giallorossi come from 3-1 down to salvage a draw – in what is their first season without either Nainggolan or Strootman in six years.

However Eranio is confident that Roma can carry on without them, after the club sold the pair respectively to Inter and Marseille this summer.

“Nainggolan and Strootman were the heart and soul of that team,” he told RMC Sport, “but Monchi is not a foolish man.

Inter signed Nainggolan for a fee of €24 million this summer, in a deal that also so Nicolo Zaniolo sign for the Giallorossi.