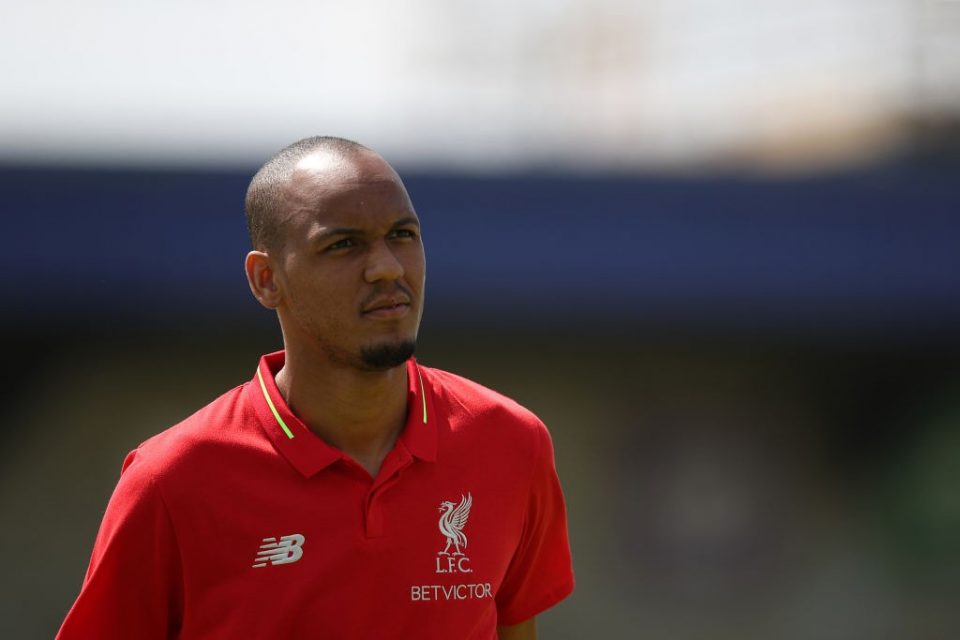 Liverpool midfielder Fabinho has admitted to being inspired by former Inter defender Maicon in the earlier days of his career in an interview with ESPN’s Brazilian edition.

“I liked him a lot when he played at Inter, in fact I was actually inspired by him,” the Brazilian revealed in the interview.

The 24-year-old, who completed a €50 million summer transfer to the Premier League club from Ligue 1 outfit Monaco, also revealed an anecdote about his first senior international call-up for the Brazilian national team which involves the Inter triplete hero.

“I was with the Under 21 national team and I had played two friendly games. I was in the room playing video games with Alisson. Gilmar Rinaldi called me to tell me they had cut Maicon from the squad and that I was chosen instead of him. It was unexpected, but I was very happy. It was a dream come true for me.”