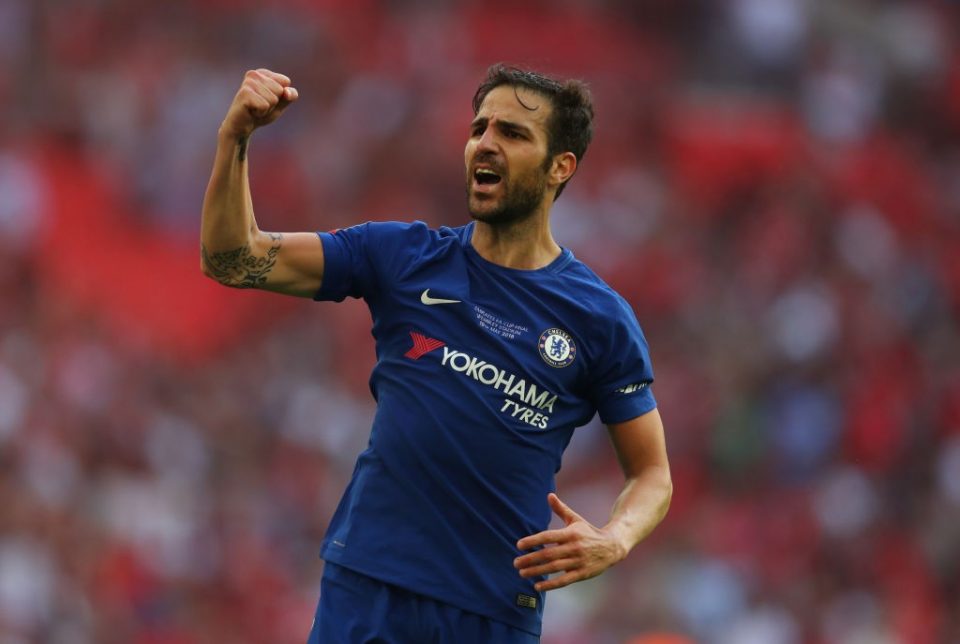 Inter and Milan could be set to battle for the signature of Chelsea midfielder Cesc Fabregas come the January transfer window according to a report from British newspaper the Express.

The Spaniard is out of favour under Maurizio Sarri at Stamford Bridge and will be free to sign a pre-contract agreement with clubs come the turn of the year.

Having missed out upon Luka Modric in the summer, Inter are to settle upon the former Arsenal and Barcelona man instead and as per the report, saw a late attempt for him fail to materialise during the summer transfer window. Milan meanwhile are hoping to strengthen their midfield with his addition and intend to use the fact that his Chelsea teammate Tiemoue Bakayoko looks set to stay on a permanent basis with the club as a bargaining tool.

The 31-year-old broke on to the scene as a 16 year old at Arsenal and spent eight years in the first team before moving on to Barcelona. After a three year spell in Catalonia, Fabregas returned to England with the Blues where he has played close to 200 times across all competitions.