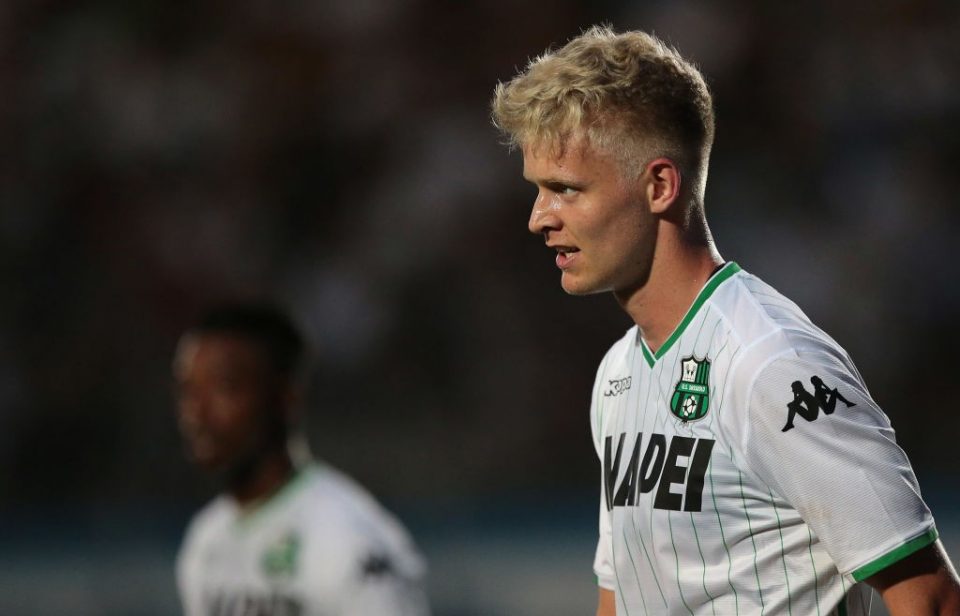 Danish striker Jens Odgaard, born in 1999, is currently a Sassuolo player after joining the Neroverdi this past summer. On July 1st, Inter closed the negotiations for the former U-19 Inter player and he was sold to Sassuolo for a sum close to €5 million, thus obtaining a capital gain of almost €4 million.

The Danish striker featured in 29 games with the Inter Primavera, scoring 15 goals and registering 5 assists. He is now under contract with Sassuolo until June 2023. It was an important deal for all three parties, who seem to have a positive relationship as Inter also worked side by side with Sassuolo in order to secure the services of Matteo Politano.

However, FCInterNews.it report that Inter have requested and obtained a right to repurchase Odgaard, but the amount is high in this case. If Inter wish to recover Odgaard next year, they will have to pay Sassuolo €10 million, while if they want to do it in two years they will have to pay them €15 million.