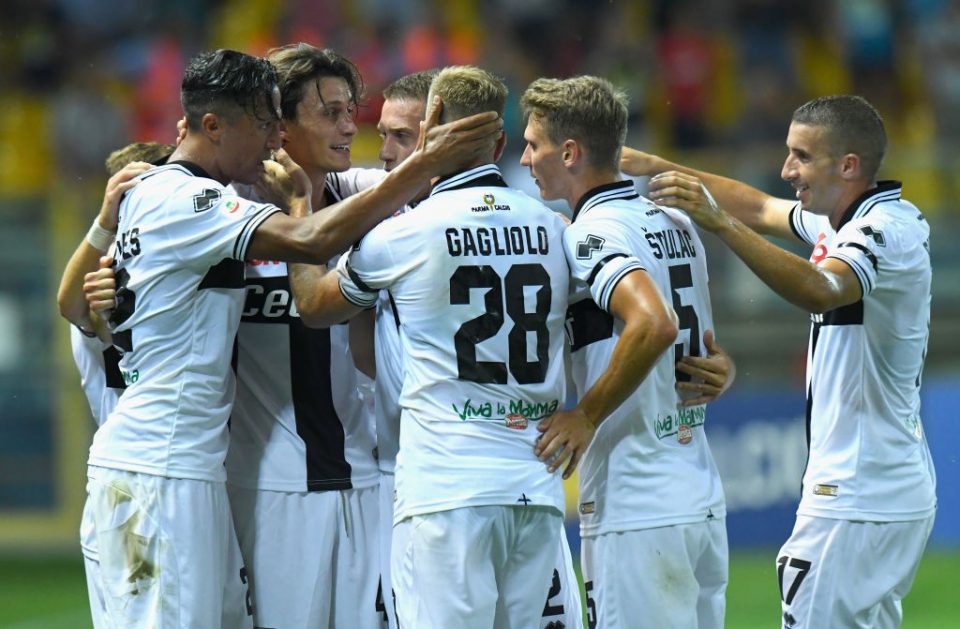 Amato Ciciretti has passed a late fitness test to be included in Parma’s match-day squad ahead of the Ducali’s match against Inter on Saturday.

The 24 year-old was expected to miss the game due to injury after following a personalised training program throughout the week, but Roberto D’Aversa remains hopeful of using him at San Siro as the newly-promoted outfit continue to chase their first victory of the campaign.

Along with Ciciretti, Parma’s 23-man squad also contains two former Inter players in Federico Dimarco and Luca Siligardi, as well as Alessandro Bastoni, who joined from the Nerazzurri on a season-long loan in July.

Jonathan Biabiany was also due to meet his former club this weekend, but he is unavailable due to a thigh problem.

Parma’s match-day squad is as follows: