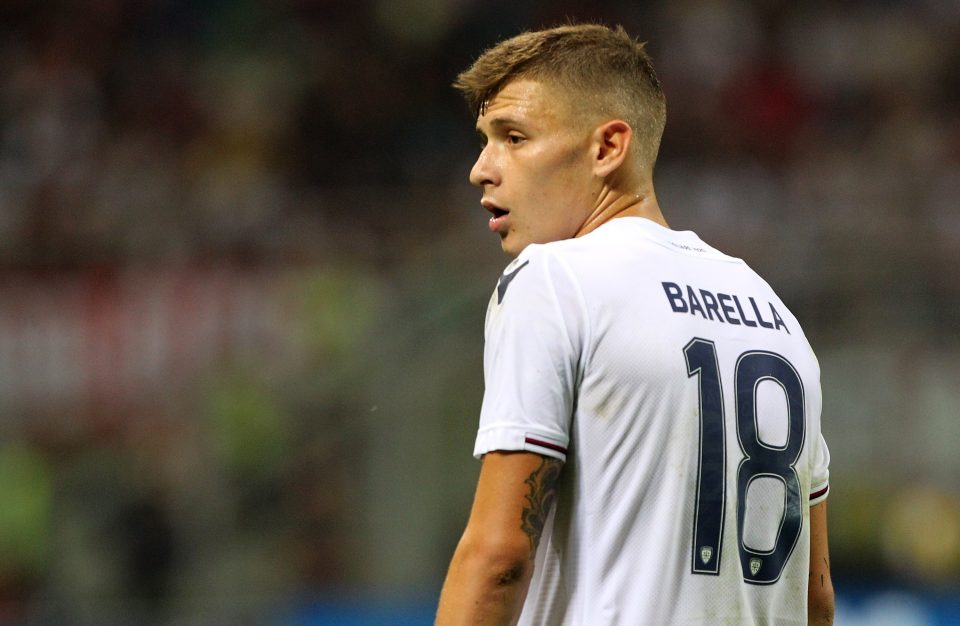 Inter’s Ausilio will face Milan’s Leonardo in a battle to sign Cagliari’s young and promising Italian midfielder Nicolo Barella, who’s been on Inter’s radar for a number of months and on whom AC Milan have got their eyes following the club’s recent re-shuffle. AC Milan are on the look-out for a young, Italian prospect and Barella could prove to be the perfect puzzle-piece they are after.

Cagliari are not making it easy for any club to acquire Barella’s services however, slapping an asking price of €40m on the 21-year-old in the summer and insisting on that price tag to this day. However, it’s easier for some clubs than others and as published by Corriere dello Sport, “there’s no point in hiding it. We’re talking about a sum of money that AC Milan are simply not in a position to spend, due to Financial Fair Play regulations.” It might make things easier should UEFA grant AC Milan a ‘volutary’ rather than a ‘settlement’ agreement, but AC Milan should have learned a thing or two about the consequences of spending money the club simply doesn’t have, following last season’s antics.

The move on AC Milan’s part cannot be ruled out however, since the Diavoli could opt to include one or two of their own players in a deal with Cagliari, effectively bringing in Barella without going into the proverbial red and without relinquishing their financial room for manoeuvre, generated by players’ sales. Additionally, Paul Singer, the man behind the Elliot hedge fund that recently acquired AC Milan, is already on mission, trying to boost the club’s turnover and general commercial condition.

Make no mistake however, AC Milan are likely to encounter a brick wall should they reify their efforts in pursuit of 21-year-old Nicolo Barella, and that brick wall would come in the form of F.C. Internazionale.  As stated earlier, Inter have had their eyes on the youngster for a while now and talks between the Nerazzuri’s entourage and Cagliari’s President, Tommaso Giulini, are already underway.

Giulini however, is not expected rush into anything, seeing as it is his club and its coffers that stand to gain the most from a Derby della Madonnina on the transfer-market-front for Cagliari’s Nicolo Barella.