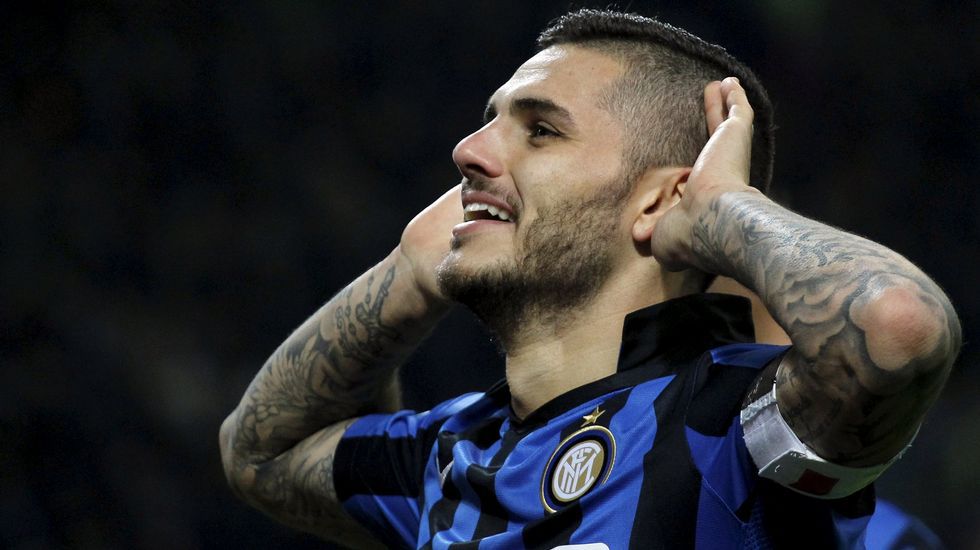 Jetlag and fatigue aside, Inter captain Mauro Icardi feels regenerated following his contribution to the Argentine national team’s cause and is reportedly eager to make Inter’s starting line-up against Parma, at the Giuzeppe Meazza stadium, tomorrow afternoon.

According to La Gazzetta Dello Sport, Icardi is glad to have played for 85 minutes in his national team’s colours and has no intention of relinquishing his place at the helm of Inter’s starting line-up for tomorrow’s fixture, despite only arriving from international duty yesterday morning. Icardi was on international duty in New Jersey, USA, where Argentina faced Colombia in a 0-0 draw on 12th September. Despite this, the Milan-based daily reports that Icradi’s immediate objective is to make tomorrow’s first-eleven for Inter.

If Icardi wants to start against Parma however, he will certainly have some convincing to do. Inter manager Luciano Spalletti will certainly have Tuesday night’s Champions League encounter in mind when deciding which of his players would be taking the field tomorrow and he is likely to opt for a rested captain and talisman for his first European game since taking over Inter’s bench last year.

Spalletti will certainly be weighing out the pros and cons of starting Icardi tomorrow. Among the pros is the fact that Icardi seems to have a burning desire to play, after having missed Inter’s first win of the season against Bologna and having registered no goals to his name as of yet in this campaign. Spalletti’s thoughts on the matter seem to be skewed towards the cons however, with the biggest one of all being the proximity of the Champions League clash against Tottenham Hotspurs; Tuesday night’s game kicks off a mere 76-hours following Inter’s encounter with the Emiliani tomorrow.

Additionally, Spalletti will also have Icardi’s recent injury in mind. As stated earlier, Inter’s captain sat out the game against Bologna two-weeks ago and the risk of a re-injury to Icardi’s left thigh following his international duty and long haul flights does little to ease the manager’s justified concerns. Jetlag will also feature among Spalletti’s concerns, seeing as Icardi’s American trip saw him travel through three different time-zones in recent days – Los Angeles (9-hr time lag), New York (6-hr time lag) and Italy.

All of these questions are set to be answered today. Mauro Icardi is at Appiano Gentile this morning, training with the rest of his teammates. This morning’s final preparations will be decisive as to whether he would start against Parma tomorrow.  The likelihood is to have Keita Balde afforded a spot in the starting line-up, with Icardi sitting on the bench and being called upon if and when needed.