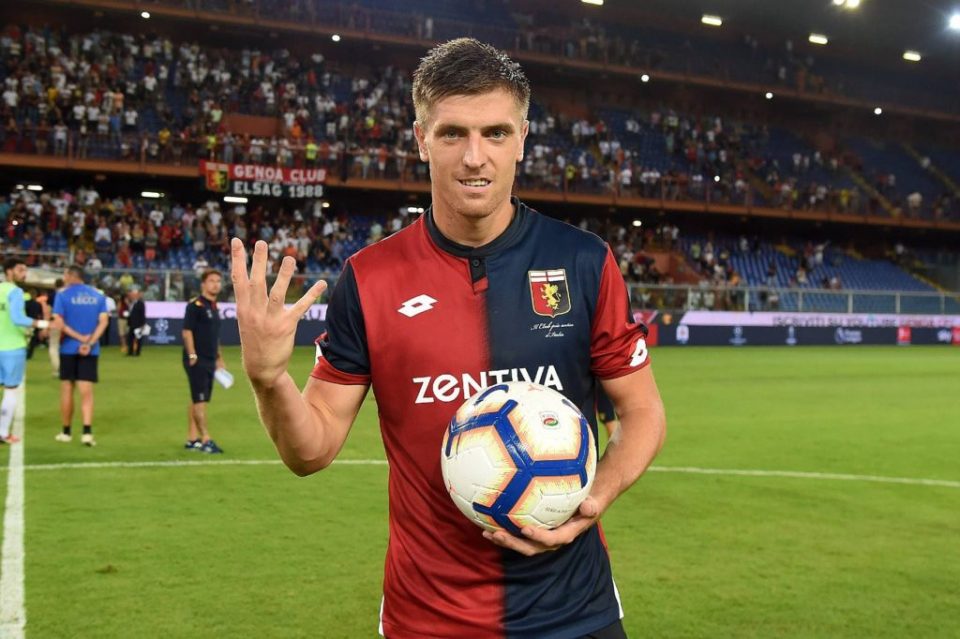 Genoa’s new forward and goalscoring prodigy, Krzysztof Piatek, is already setting the Serie A on fire by scoring 6 goals this season, accumulating a record of 75 minutes per goal. His impressive start to the season is already attracting interest from some of the top clubs, as reported by the Gazzetta dello Sport.

“Juventus have already started knocking on Genoa’s doors to ask about the prolific Polish striker. Inter and Milan are both also lurking in Italy, not to mention all the other top clubs in the Premier League, La Liga, and the Bundesliga.”

Genoa purchased the player during the Summer for only 4 million euros, and not it looks like his cost has gone up significantly, possibly over 20 million euros.

“Now is a delicate time, in January, Juventus tried but failed to reach an agreement with Genoa for Pietro Pellegri who ended up at Monaco, and not Juventus might look to Genoa again for their Polish prodigy. Meanwhile, Piatek is focused solely on scoring goals.”