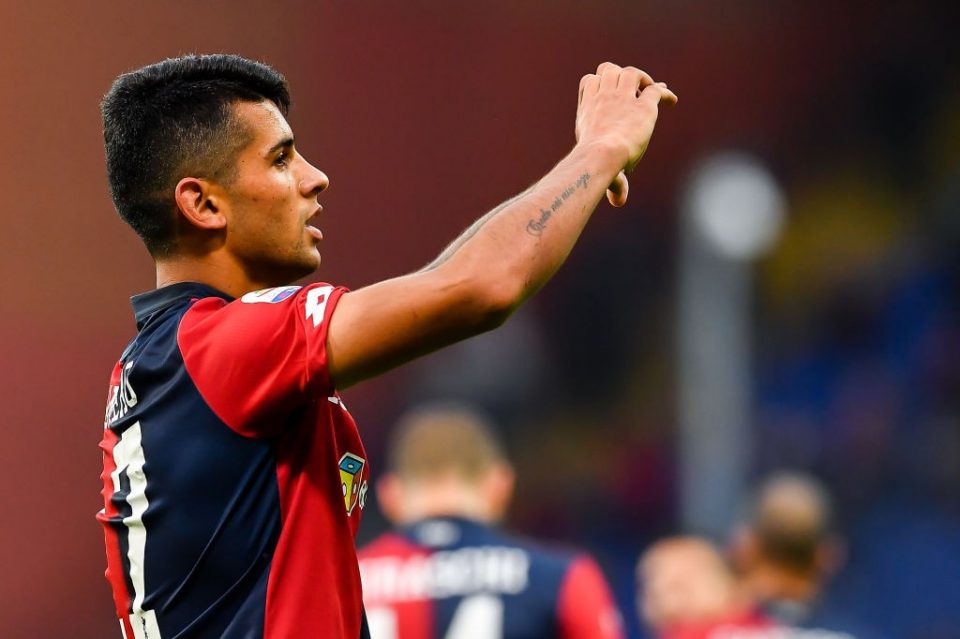 According to a report from Tuttosport, Juventus lead rivals Inter in the chase to secure Genoa defender Cristian Romero’s signature.

The former Belgrano player has been in the Nerazurri’s sights for some time but the Bianconeri are in continuous contact with Genoa president Enrico Preziosi and have an excellent relationship. Juventus also have Stefano Sturaro, who according to Tuttosport will be returning from loan at Sporting and almost immediately be moving to Liguria.

The operations involving Sturaro and Romero are separate but it is almost certainly an early good will gesture to help sign the South American who Allegri rates very highly. It is believed the asking price for the Argentine is around €20 million.

Juventus also have the luxury of being able to wait for the Summer, while Inter might need a new centre back now if Joao Miranda decides to leave. It’s extremely unlikely that Genoa would let him leave now, without increasing the price, which is already something the Nerazzurri would struggle to meet.