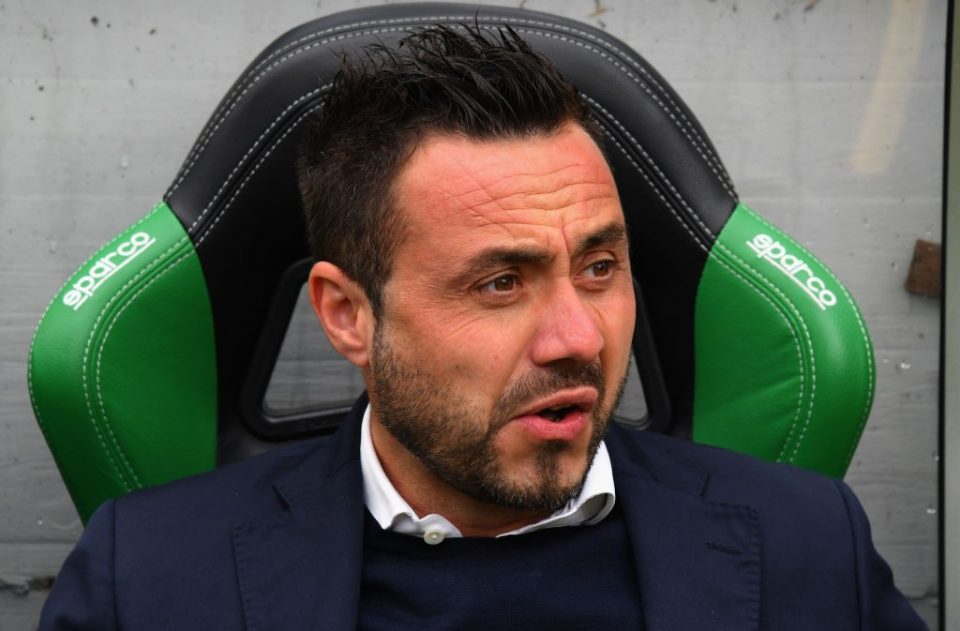 Sassuolo have resumed preparation for their first Serie A game back from the winter break ahead of this weekend’s clash away to Inter the Modena based club have confirmed.

In their first game of 2019, Sassuolo lost to Napoli in the Coppa Italia while Inter dismantled Serie B side, Benevento.

Inter will be feeling confident going into the game with a win this year already but the Neroverdi have a surprisingly good record against the Nerazzurri which also gives them plenty of reason to believe they can snatch a result in an empty San Siro.

In training today, the Sassuolo team were divided into two groups with those who played against Napoli having a more metabolic training programme, while those that didn’t worked on intensity with heavy programmes both in the gym and on the training pitch.

Sassuolo manager Roberto De Zerbi has some concerns going into this game with the likes of Federico Di Francesco, Jens Odgaard, Claud Adjapong, Mehdi Bourabia, Marlon and Leonardo Sernicola all in doubt for the trip to Milan.