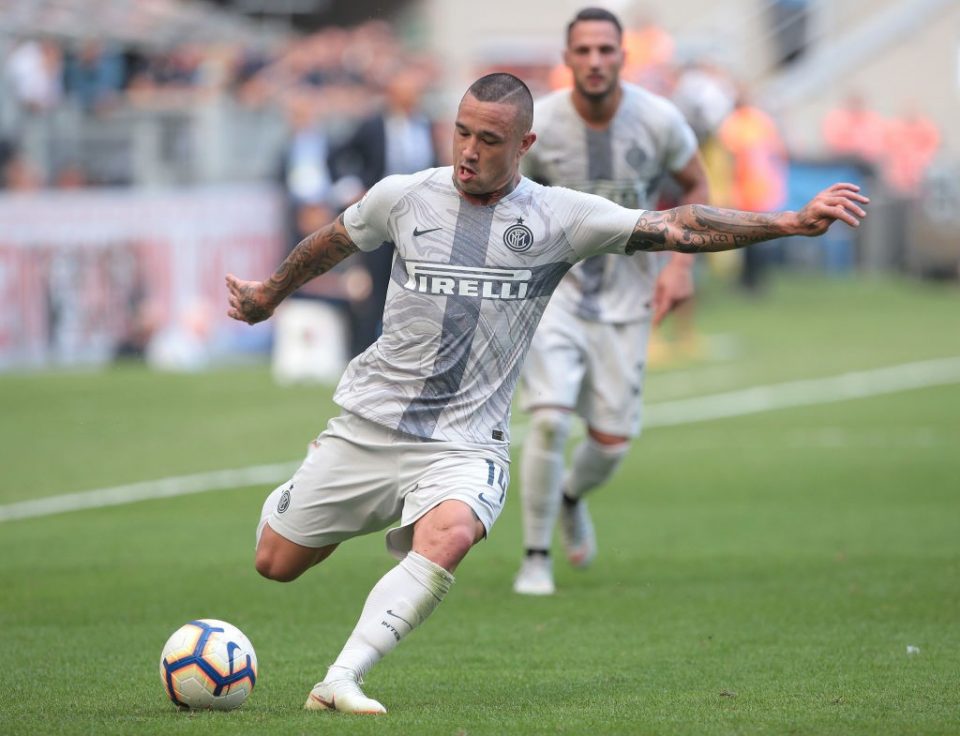 With Inter’s first league game of 2019 against Sassuolo fast approaching, tomorrow at 20:30 CET, Milano based newspaper Gazzetta dello Sport analyses Luciano Spalletti’s options going into the game, and gives their prediction on how Inter will line up against the Neroverdi at a once again, empty San Siro.

Only Keita Balde is missing due to injury, while Radja Nainggolan is expected to make his return from injury and disciplinary sanctions from start. The Gazzetta believe this means that Inter will return to the 4-2-3-1 formation, with Vecino and Brozovic teaming up in the deeplying midfield role.

Due to Keita’s injury, it’s almost guaranteed that Icardi will have Perisic and Politano in support on the wings. Meanwhile, the most surprising prediction is that D’Ambrosio will start on the right side of defence instead of Sime Vrsaljko, who despite playing in the Coppa Italia, has had a week to recover. Inter fans will no doubt be curious about that decision if true.