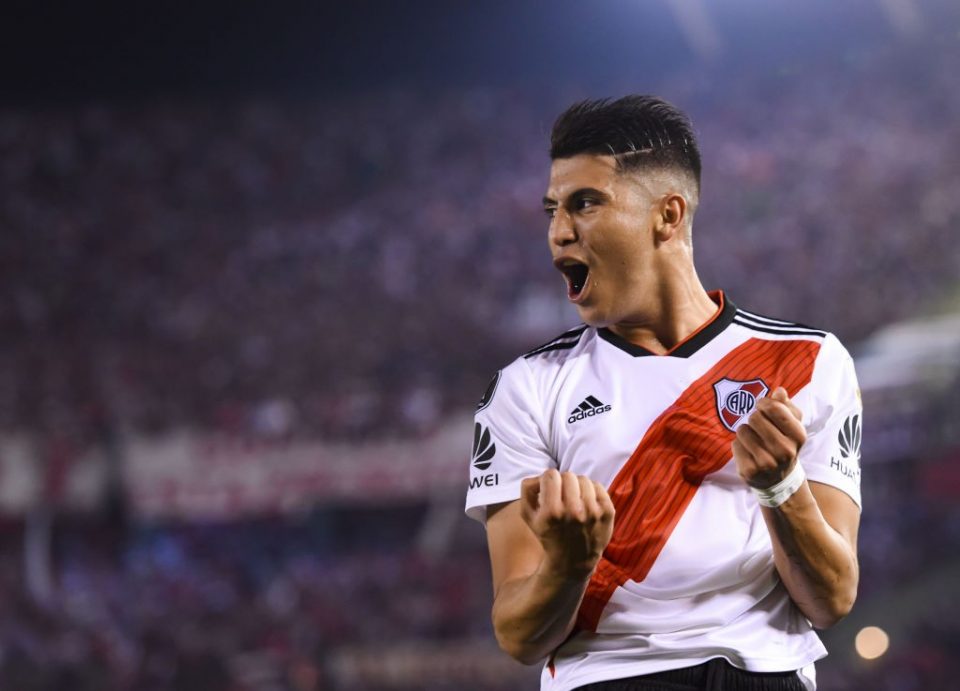 In the past few days, Inter vice-president Javier Zanetti has been in contact with River Plate midfielder Exequiel Palacios over a possible move to the Nerazzurri in the Summer according to a report from TyC Sports.

The youngster has been strongly courted by Real Madrid in recent months but Los Blancos have taken their time when it comes to making a move and his representatives are now putting pressure on Real Madrid to do so, threatening to divert his attention toward Inter if they do not hurry up.

20-year-old Palacios – who is already part of the senior Argentine national team set-up – was part of the triumphant River side who conquered arch-rivals Boca Juniors in last month’s Copa Libertadores final.

He is a product of the Argentine giant’s highly successful youth system and has made 12 appearances across all competitions to date in which he has scored one goal and tallied two assists in 687 minutes on the park.