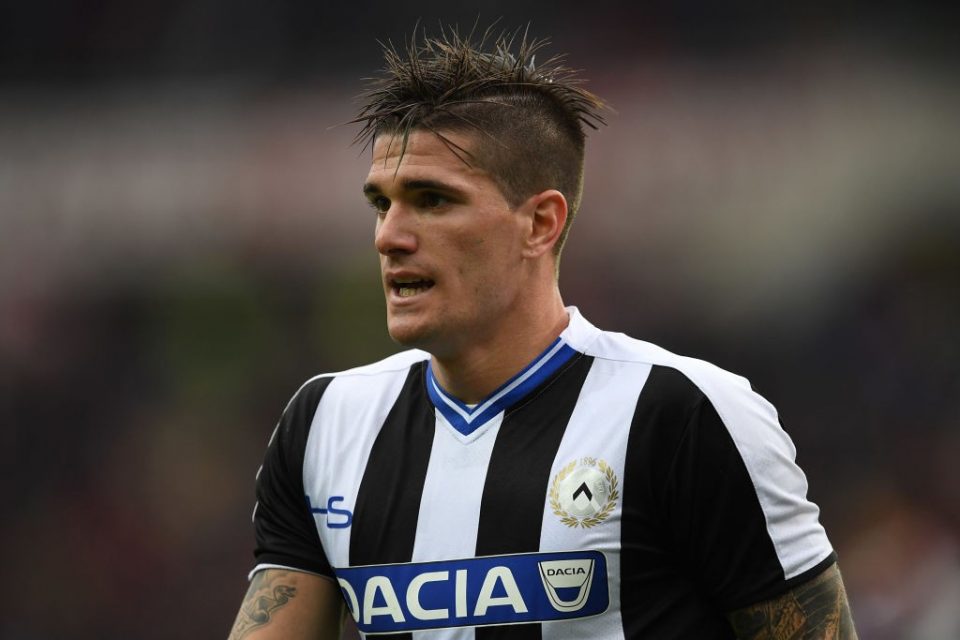 With the news that Ivan Perisic will remain in Milan until June, Inter has already chosen his heir in Rodrigo De Paul, according to Turin based Tuttosport.

“There was a summit on Monday with Augustin Jimenez, his agent, who was working in case a deal had to be done in January, but Udinese made it clear that the agreement was for June, for a sum of €35 million.”

Meanwhile, Antionio Candreva will also be staying in Milan until June, according to his agent, Federico Pastorello. Candreva has known for some time that his future will not be with Inter after this summer, in fact he was offered to Monaco last Summer in exchange for Keita but this time the winger accepted the possibility of moving to Dalian Yifang in exchange for Yannick Carrasco.

Hoewever, Inter pulled out due to the Belgians monstrous wage demands as he currently earns €8 million net.

Finally, although Inter claim that he has never asked to be sold, Joao Miranda has looked extremely frustrated recently as Inter prepare for a future without him but decided to refuse an offer from Monaco for him due to a lack of an replacement after Besiktas Vida was not considered good enough.