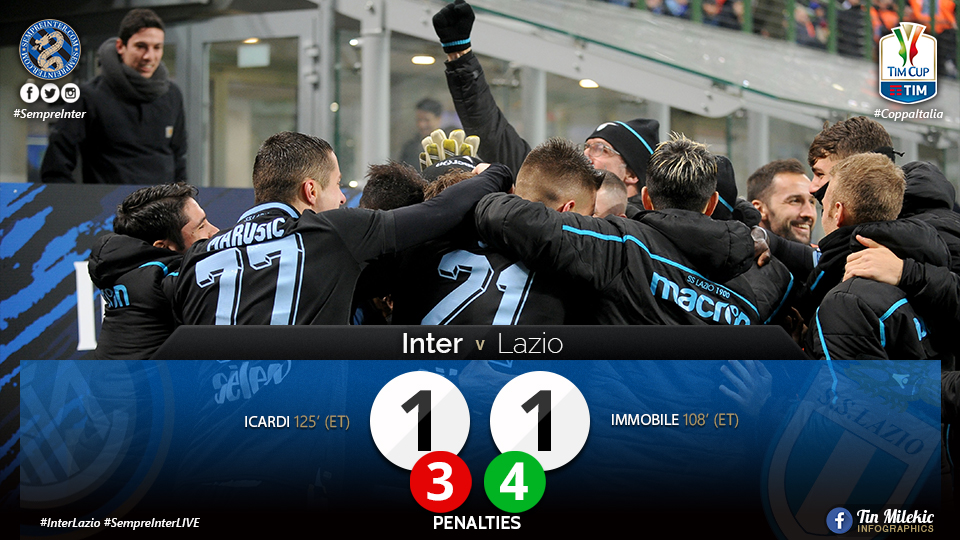 Inter have been knocked out of the Coppa Italia after a penalty shootout in the quarterfinal against Lazio at the Stadio Giuseppe Meazza in Milano’s San Siro district.

After first failing to qualify to the knock-out stages of the Champions League by finishing in the top 2 in the group stage of the tournament, yet another seasonal objective has been failed to be reached, after Luciano Spalletti’s men crashed out of the Coppa Italia against the Biancocelesti.

The Nerazzurri had set at least a semifinal in the tournament as their goal but failed to achieve it after loosing on penalties in a match that ended goalless after 90 minutes but 1-1 after 120 minutes following a Mauro Icardi equalizer at the death.