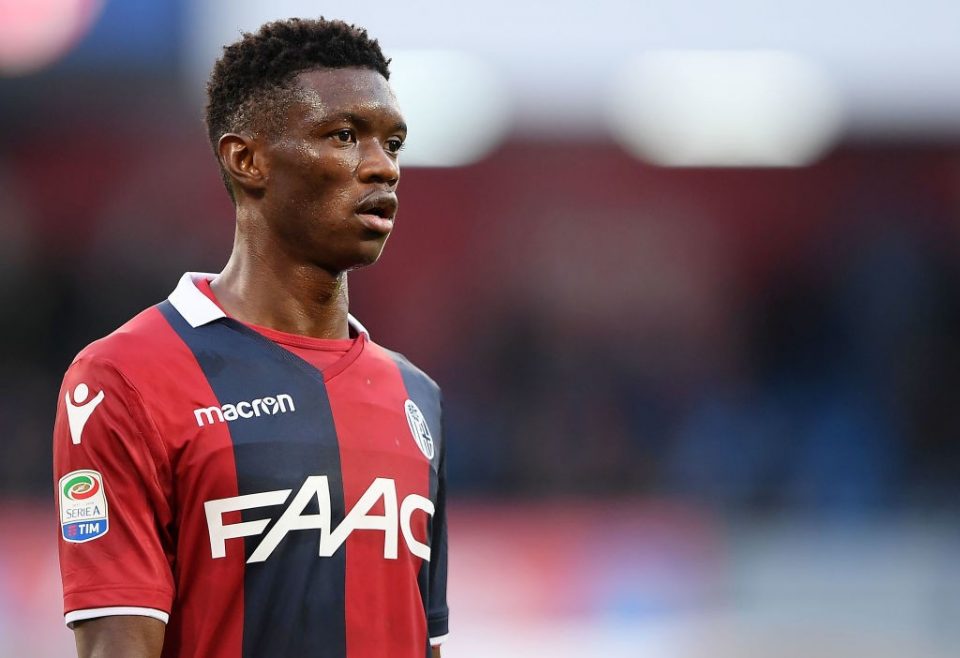 Bologna defender Ibrahima Mbaye was subjected to racist chants from Inter’s Curva Nord during last night’s match between the Nerazzurri and Rossoblu at San Siro – which the visiting team won 1-0 – according to a report from Corriere dello Sport.

The Senegalese was targeted by the Curva Nord in the second half as he argued with Inter winger Ivan Perisic. The chants did not last long however as the rest of the stadium reacted and tried to drown the chants out.

It remains to be seen if the incident was reported and if it was, Inter could face further punishment having already been punished for a similar incident only weeks ago.

During Inter’s 1-0 win over Napoli on boxing day, Curva Nord targeted Napoli defender Kalidou Koulibaly and despite several tannoy announcements requesting the chants cease, they persisted. Inter were hit with a two match stadium ban and a partial closure for the game thereafter with the offending Curva Nord area of the ground remaining shut.