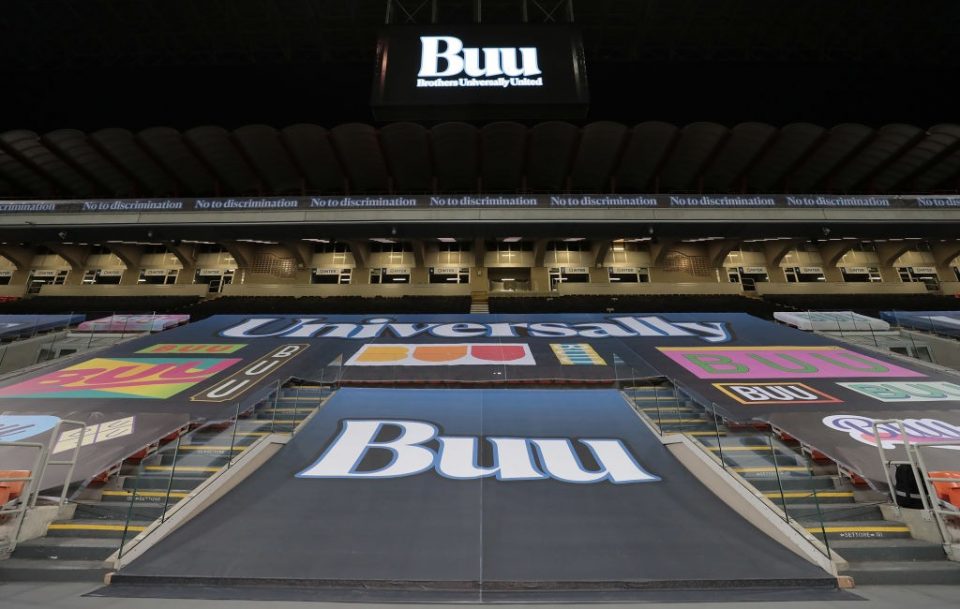 Against Bologna, the Curva Nord were found to be chanting racial slurs towards ex-Inter player, Ibrahima Mbaye, but Inter were not given another penalty, thanks to the majority of fans who whistled over their chants, as a way of uniting against racism under the banner of BUU.

Milan based newspaper Gazzetta dello Sport have examined the situation in detail; “On Sunday, the ultras, who attacked both Koulibaly and the club also started discriminating against Bologna’s right back, Mbaye, who was once upon a time an Inter player, but fortunately, fans supporting BUU, submerged them with whistles.

“This was a very important intervention by the Meazza crowd which saved itself from another ban, having just fully reopened after enduring a three game ban, following the discriminatory attacks towards Koulibaly on December 26th.  This time though, thanks to work of the club, introducing BUU (Brothers Universally United) the outcome was very different.”