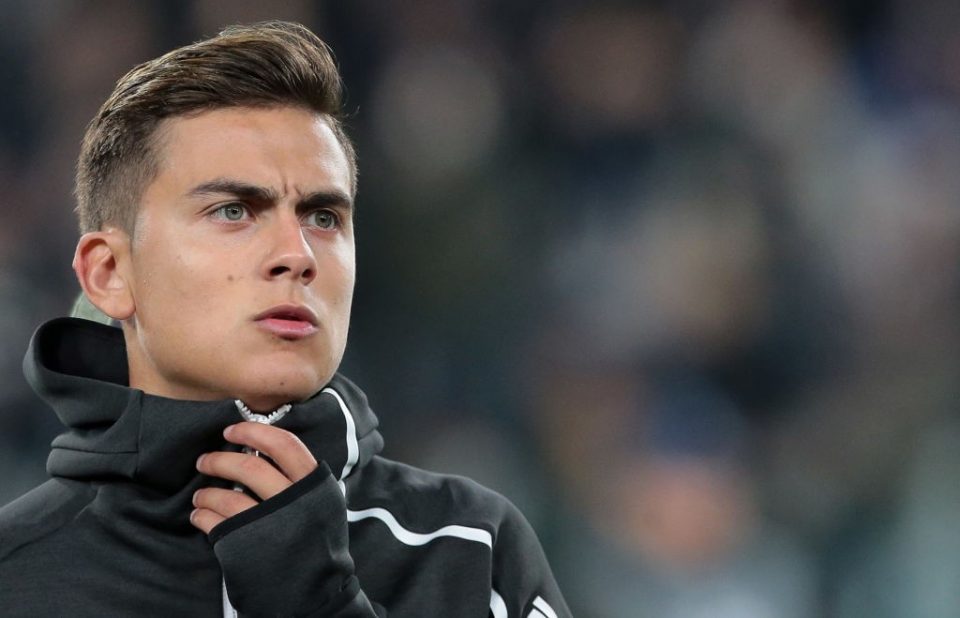 Rome based newspaper Corriere dello Sport reports today that there is life after Icardi for Inter, who by now, seem resigned to losing their former captain at the end of the season, as the will of the Argentinian seems to be away from Milan.

However this hasn’t caused any major drama, and in fact the club has already been looking around for some time to find his replacement, for which there are many ideas.

There is one name in particular that interests Inter more than any other: Paulo Dybala. They are a different style of attacker of course, but the suggestion also remains plausible because Marotta and Ausilio would then have the space to find another Striker at the same time.

Maurito has already made it known that he will only consider Italian destinations once he leaves Inter, so, in fact, this really only means Juventus or Napoli. Of course, the Nerazzurri would prefer to sell him abroad but according to rumours, they would not close the door on an Italian team. Provided, however, that the Argentine bomber will bring in a suitable offer, because he will certainly not be sold off cheaply.

Indeed, there is a hypothesis that is gaining traction, that is an exchange with Juventus for Dybala. With all things considered, it is also the only one that would probably end up satisfying all the parties involved.

The former Palermo player, however, now appears to be back in favour with Allegri, but would be more than happy to become the star of a club like Inter, eager to break the trend after years of monarchy, a stimulating challenge on a par with the one that Icardi would find in Turin.

The Nerazzurri attack next season would therefore consist of Lautaro, Dybala and one of Lukaku, Dzeko and Zapata. In fact, these three are the players that more than any others seem to fit the Nerazzurri’s ideas.

The Belgian is likely to leave Manchester United, is still young and has the right characteristics, at least on paper, to complete the attack. The Bosnian seems far from a renewal with Roma and the Giallorossi may decide to let him leave as they did in the summer with Nainggolan. For the Colombian, instead, after a great season, the moment for the leap in quality could have arrived. Atalanta will ask for a big transfer fee, but the deal is possible thanks to the excellent relationships between the Zhang family and that of Percassi.