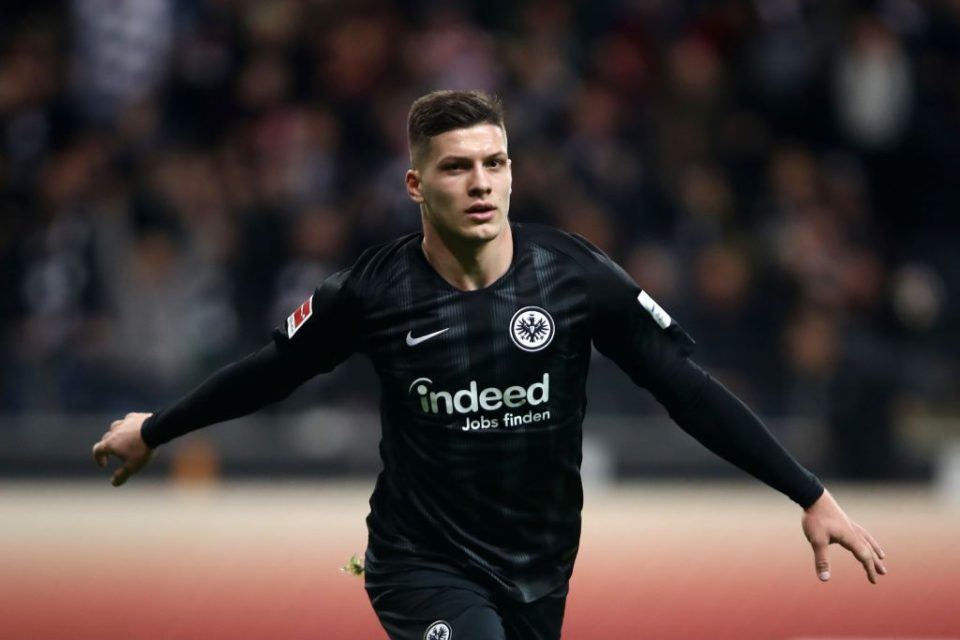 According to Milano based newspaper Gazzetta dello Sport, Ante Rebic will not be in the Frankfurt squad tomorrow. The former Fiorentina player has suffered a sprained knee in the last round of the Bundesliga and, in all probability, will also miss the return leg at San Siro.

In his place, Frankfurt will most likely use Gacinovic behind Jovic and Haller but Frankfurt will certainly not be lacking in offensive weapons. Frankfurt’s Austrian coach, Adi Hütter’s greatest merit this season, is to play Luka Jovic and Sebastien Haller together, who were considered alternatives to each other until August. Together this season those two have scored 38 goals, 21 for the Serbian and 17 for the French.

They are two focal points, two predators in the penalty area, particularly lethal in speed, different technical characteristics, but similar for their ability to pull the trigger. Jovic is the one that seems destined to ignite the summer transfer market, if only because he is three years younger than Haller.

Jovic is a product of the youth sector from Red Star, he was bought by Benfica for €2 Million. In Lisbon he never “found” himself, so much so that the Portuguese club sent him on a two-year loan to Frankfurt, for €200,000 and with the right of redemption set at €10 Million.

There Jovic found Niko Kovac who launched him first as an option from the bench, but then gradually as the starter. The goal scored in the German Cup semi-final, which they went on to win enabled him to enter the hearts of the fans and the five goals in 46 minutes against Fortuna Dusseldorf elevated his change of status. Jovic is ambidextrous, he is more mobile but less altruistic than Haller, who at 191 centimetres tall can scare De Vrij and Skriniar on high balls.

When Haller was at Utrecht, in the Netherlands, his 51 goals in 98 appearances had attracted attention from across Europe and Italian clubs including Inter had also followed him. The Frenchman has great skills as a passer and knows how to open spaces for his teammates.