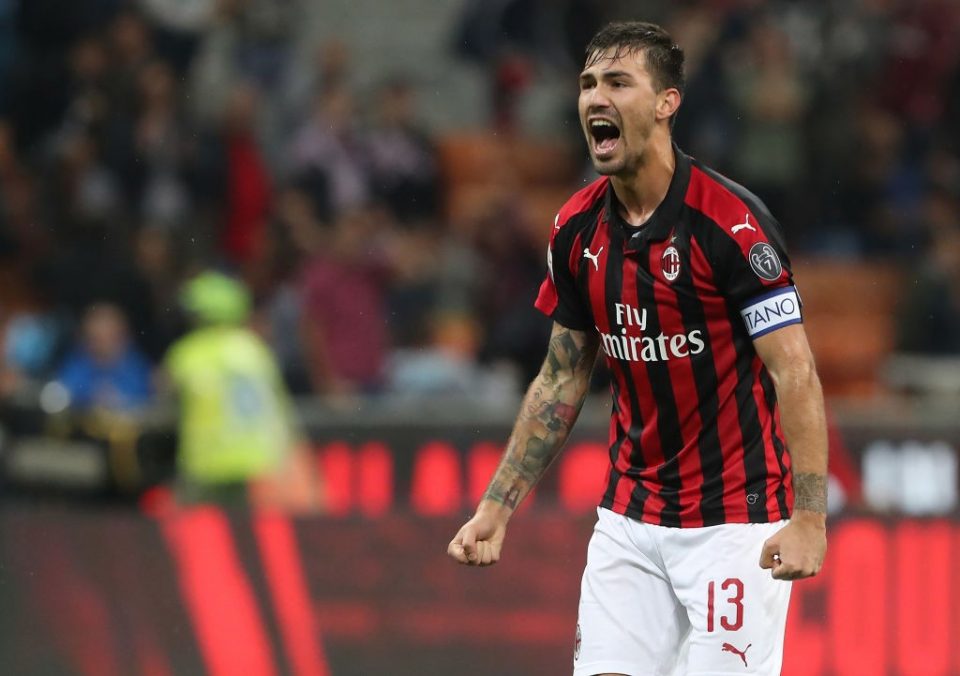 Milan centre back Alessio Romagnoli is carrying a slight muscle injury but he will be available for selection for Sunday’s Milan derby according to a report from Corriere dello Sport.

The Italian did not fully participate in full training yesterday with the rest of his Milan teammates due to the injury as he split his time between doing group and individual work. Milan have absolutely no fears that he will miss Sunday’s spectacle at San Siro but still do not wish to rush him.

The report from the Rome based newspaper goes on to state that Milan will more than likely name the same team they have named for the past few weeks while there is just one place up for grabs. That position is in central midfield and is being battled for between Tiemoue Bakayoko and Lucas Biglia.

Sunday’s match will be the second Milan derby of the season and is scheduled for a 20:30 kick-off.