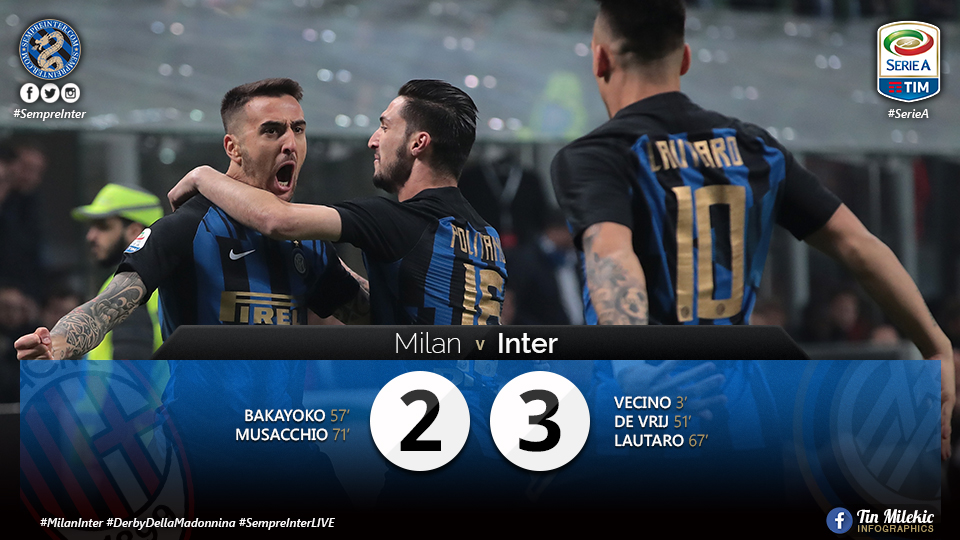 Inter took their second win against AC Milan in this season’s Serie A at the Stadio Giuseppe Meazza in Milano’s San Siro district, in a derby della Madonnina clash that is already a Nerazzurri classic.

Inter dominated the match from the first minute and were rewarded already in the third minute when Matias Vecino gave the Nerazzurri the lead. Inter should have already been 3-0 up at halftime had Milan Skriniar and Matias Vecino hit the target with their sitters.

Instead the lead was doubled in the second half by Stefan de Vrij but that was only the beginning of a mad second half which had three more goals in it, ending in a 3-2 win for the Nerazzurri.