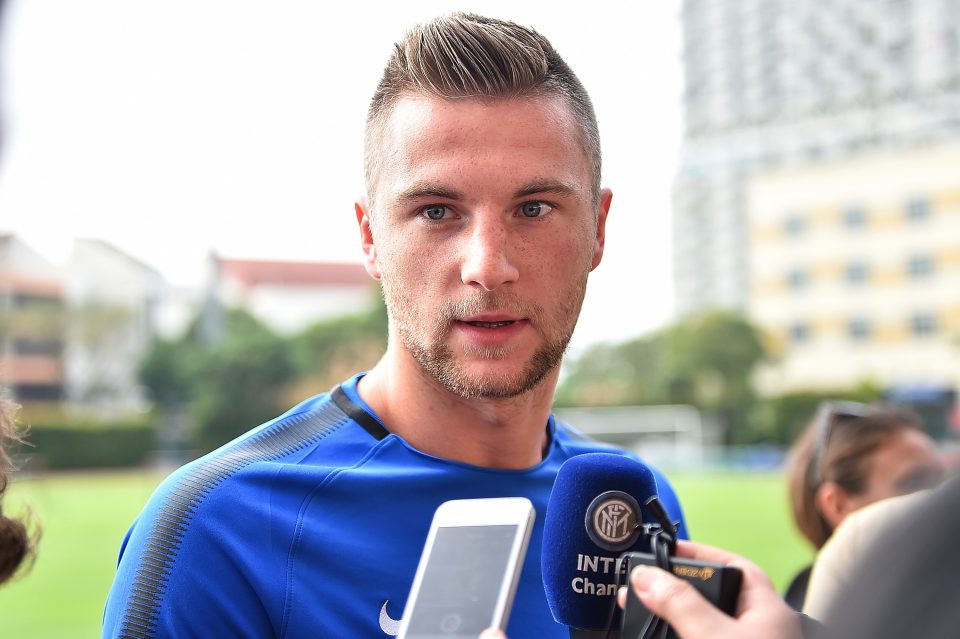 Inter and Milan Skriniar have agreed to a contract extension through to the end of the 2022/23 season according to a report from Corriere dello Sport.

The Slovakian centre back will earn upwards of €3 million per season but just because he has signed a contract renewal it does not mean that other clubs are not still interested in signing him.

Manchester United and Barcelona are long-term admirers of his talents and were both ready to pay €55 million for him last Summer.

Manchester City, as per reports in England, are currently keenest and are willing to pay Inter €100 million for Skriniar while Real Madrid are also understood to be interested due to the fact Raphael Varane wants to move on.

The report from the Rome based newspaper goes on to report that Skriniar is seemingly going to change his agent to Mino Raiola and the Italo-Dutch agent who represents Paul Pogba, among others, will listen to any offers.