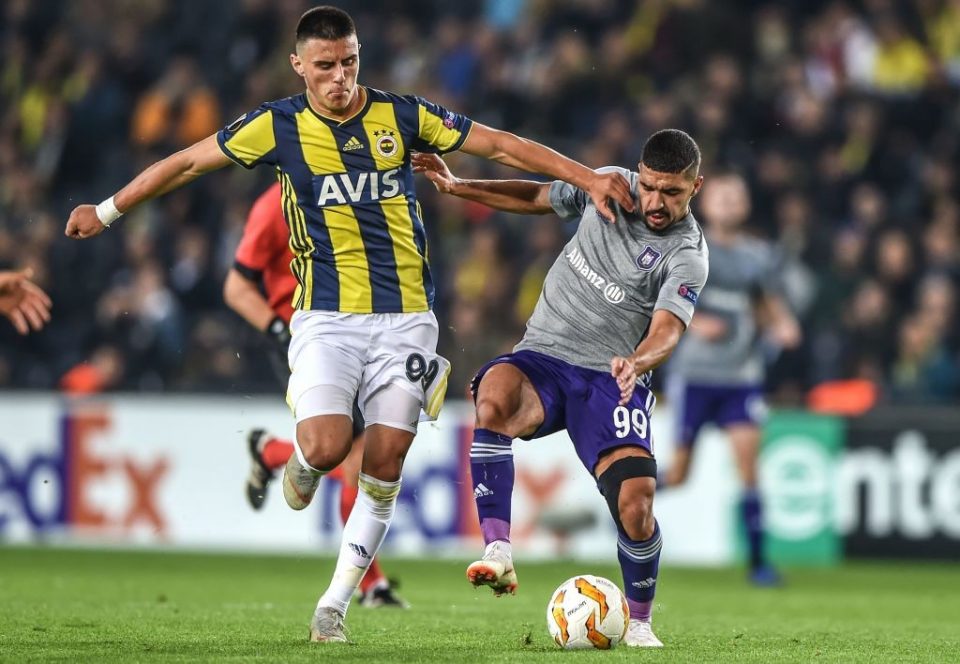 Milano based Gazzetta dello Sport reveals in today’s paper edition of the newspaper that Eljif Elmas is now on the Nerazzurri’s list of midfield target this coming summer.

The 19 year old Macedonian of Turkish descent, currently plays for Fenerbache in the Süperlig. He was scouted from Rabotnicki, the club in Macedonia that he made his debut with, before making the switch in 2017, after scoring 7 goals in 44 appearances.

Fast forward to the present, and now the youngster has 2 goals in 24 appearances for Fenerbache, and on Sunday, Elmas scored his second of those in the Istanbul derby against Galatasaray, keeping the game tied at 1-1, after the Cimbom took the lead.

The Turkish national team coach, Fatih Terim, attempted to call him up to the squad, but Elmas decided that he wanted to represent his country of birth instead.

So on the 11th of June 2017, the midfielder made his international debut for Macedonia in a FIFA World Cup qualifier against Spain, and has now won 10 caps scoring 2 goals.  His value is believed to be between €15-20 million according to the Gazzetta.