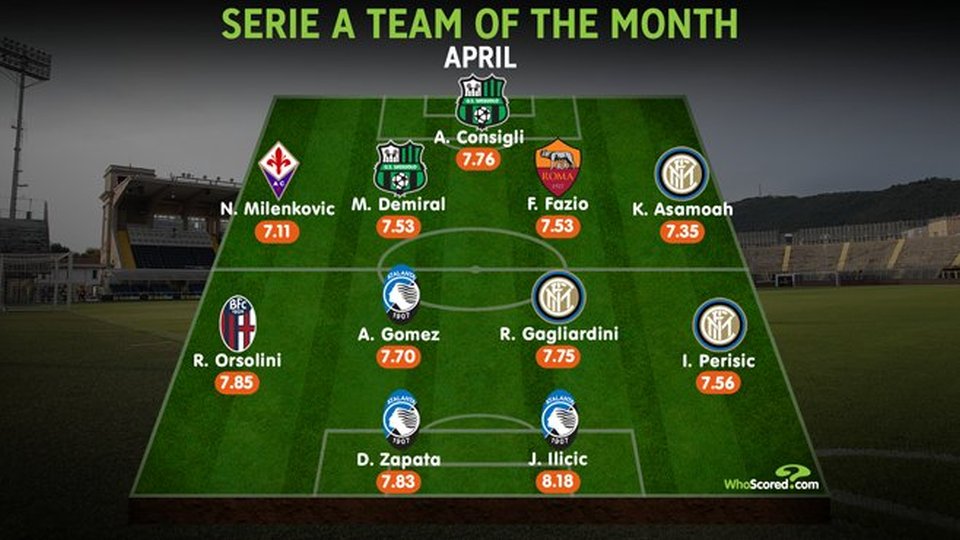 Inter have three players the Serie A team of the month for April in football stat and data site WhoScored, the site revealed yesterday.

The highest rated player of the three Nerazzurri players is Roberto Gagliardini whose performances has granted him a 7.75 average. The former Atalanta midfielder is closely followed by Ivan Perisic on 7.56 and Kwadwo Asamoah on 7.35.

The entire team can be seen below:

🇮🇹 Serie A Team of the Month