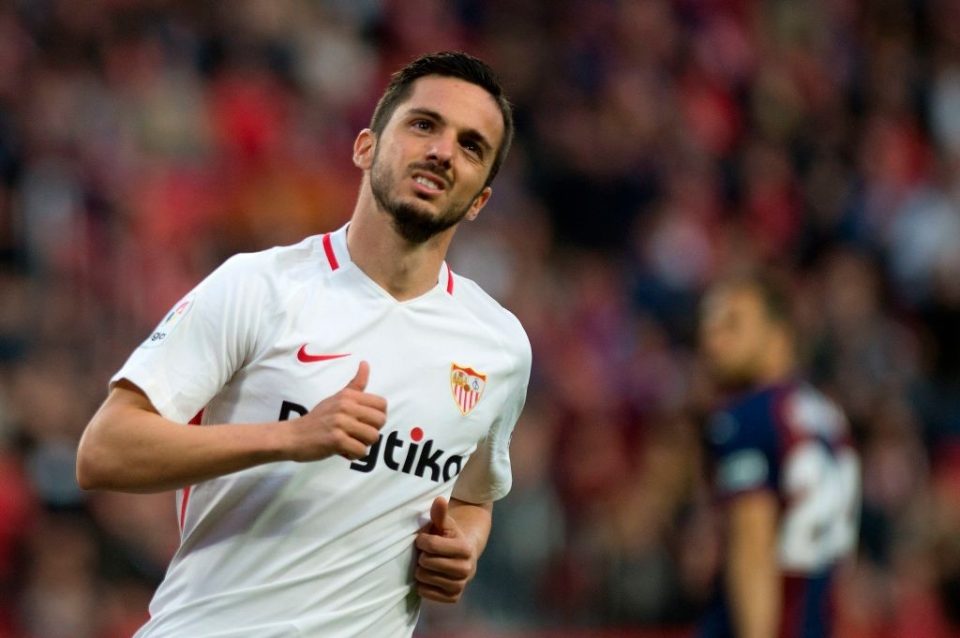 Inter are willing to double the salary of Pablo Sarabia to ensure that they beat the competition for his signature according to a report from Gazzetta dello Sport.

The Nerazzurri face competition from Valencia and a number of other clubs for the 27-year-old winger who has an €18 million release clause in his contract at Spanish club Sevilla.

His contract with the Andalusian outfit is due to expire at the end of next season and he presently earns €1.5 million a season, therefore meaning Inter will be offering him €3 million per year.

A product of the Real Madrid academy, Sarabia has been on Sevilla’s books since arriving from Getafe in 2016. In the time since, he has made 150 appearances across all competitions.

This season he has made a total of 51 appearances for the club. In almost 3700 minutes on the field, the former Spanish youth international has scored 22 goals and provided assists for teammates on 17 occasions.