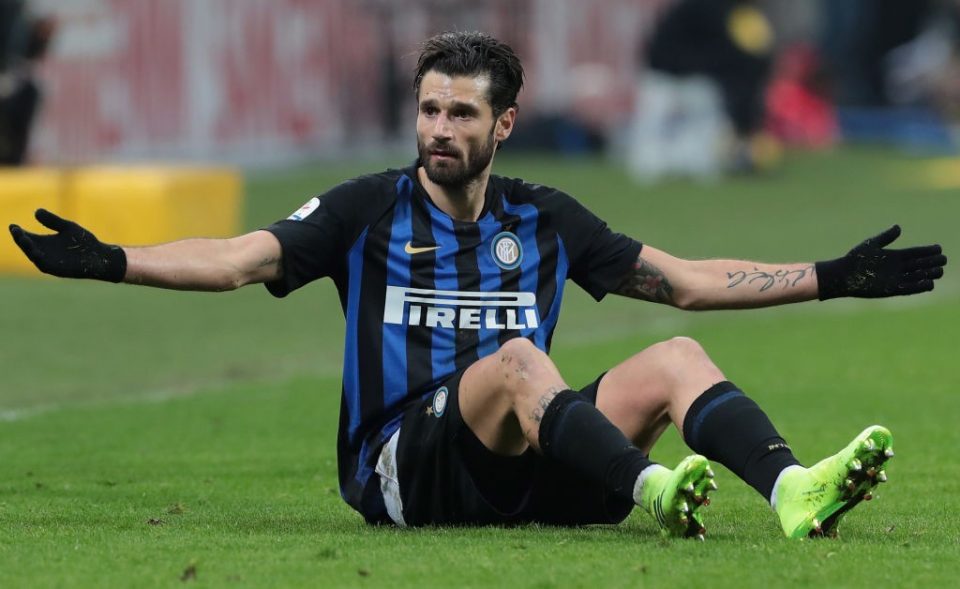 Mauro Icardi and Ivan Perisic’s departures from Inter this Summer are seemingly inevitable and according to a report from Tuttosport, they will not be the only ones on their way out of the club.

Starting with the defence, neither Sime Vrsaljko nor Cedric Soares’ redemption options will be taken up by the club and they will therefore return to their parent clubs at the end of the campaign.

Having failed to live up to expectations during his time at the club, Dalbert could return to France amid alleged interest from Marseille.

Veteran defender Miranda has interest from across Europe whilst a return to his native Brazil could also be on the cards.

When it comes to the midfield, Borja Valero could leave the club in the event that an offer arrives from Spain that would allow him to finish his career in his homeland.

Joao Mario could also be headed for the exit door with a host of clubs understood to be interested in him.

It can not be excluded that Matias Vecino will depart either, especially if he has a good Copa America with Uruguay. If an offer of €30 million arrived, Inter are unlikely to turn it down.

In attack, Antonio Candreva will leave but the biggest problem at the moment is finding someone willing to take on his €3 million salary.

Finally, it looks very unlikely that Inter will pay the €34 million fee to keep Keita Balde at the club. There has been talk that the clubs could meet to discuss new terms but if no deal is reached, he will wave goodbye to the Nerazzurri.