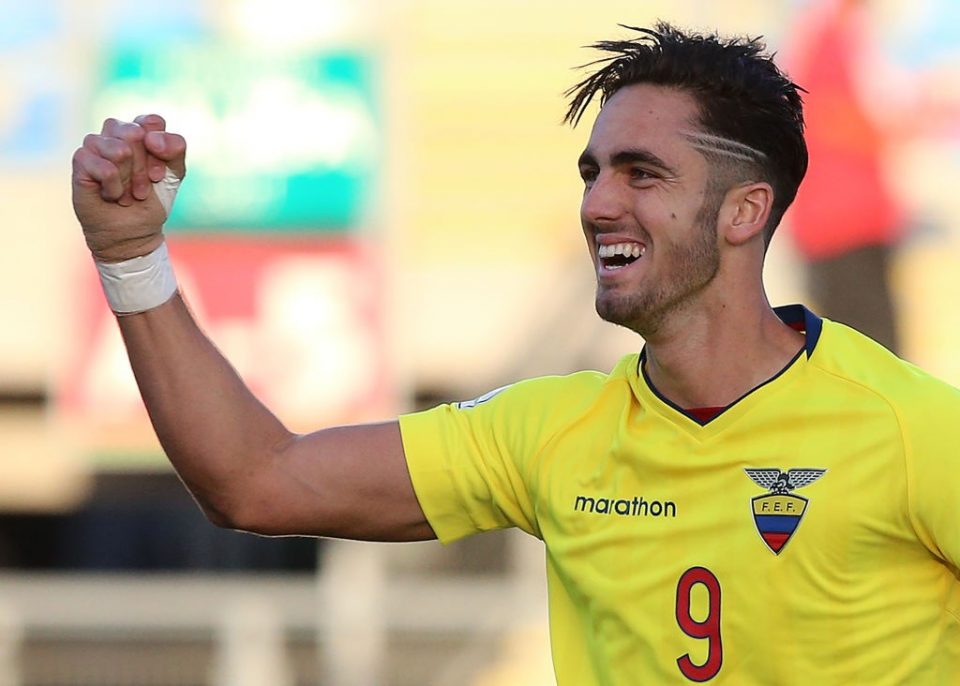 Inter are in talks to sign Ecuador under-20 forward Leonardo Campana, the player’s agent confirmed today.

Campana was top scorer at this year’s South American U-20 Championships in Chile, bagging six goals as Ecuador won the tournament for the first time in their history.

The centre-forward will turn 19 in July and is likely to attract interest from numerous clubs across Europe, with Inter already strongly interested.

“I think he’s a phenomenal player: tall, powerful, disciplined and technical. He’s very fast and has usually good body coordination for someone his height.

“He really could become one of the biggest stars in world football over the coming years. He’s ready for a move to Europe, mentally and physically.”

Inter met with his father on 23 April and confirmed their intent to sign him, but Pena assured no decision would be taken until after the FIFA Under-20 World Cup in Poland has finished.

Campana possesses a Spanish passport and would therefore not fill either of Inter’s non-EU slots available for this summer.