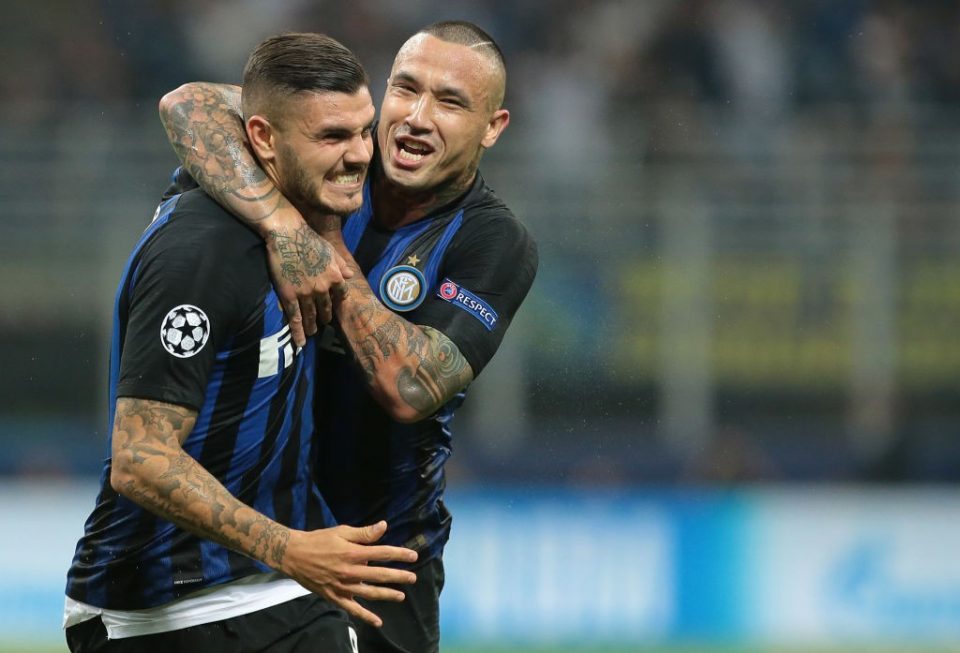 Inter boss Antonio Conte wants the club to sell Mauro Icardi and Radja Nainggolan this summer, according to Sportitalia.

Icardi shows no sign of wanting to leave Inter despite all evidence suggesting he has no future with the Nerazzurri, the latest being Conte’s insistence he is not part of his future plans.

Nainggolan is equally unlikely to be involved in Conte’s new side next season, however, after the former Juventus and Chelsea manager discarded him too.

Conte is said to have been ‘particularly clear’ with Inter about his desire for neither player to remain beyond this summer as he looks to revamp the first-team squad.

Icardi has been heavily linked with a move to Juventus in recent weeks but the idea of a swap deal with Paulo Dybala appears not to have taken off like Inter hoped.

Nainggolan would most likely want to return to Roma if sold, but it remains to be seen whether the Giallorossi would want him back.