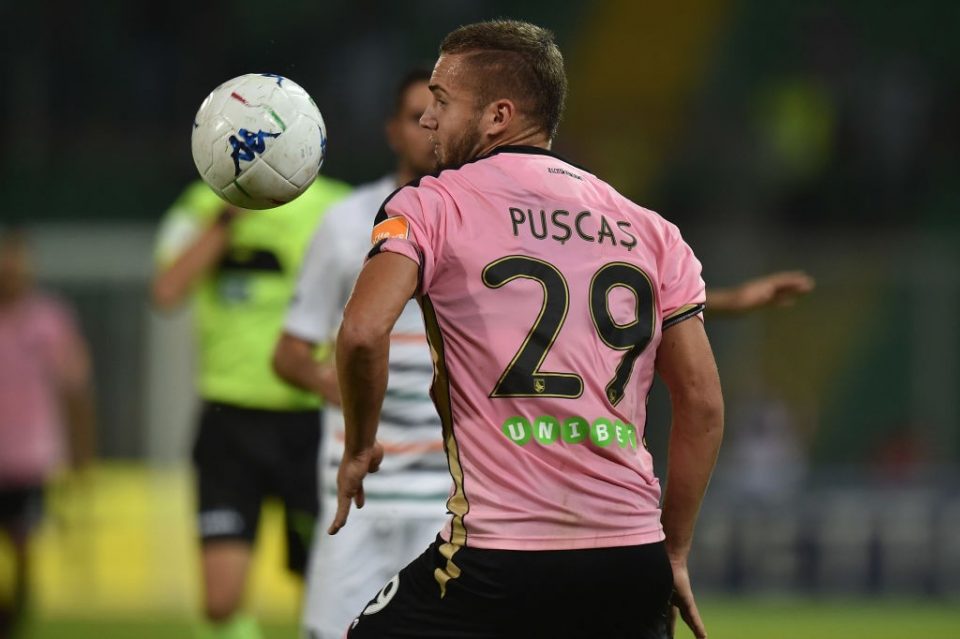 Puscas scored nine goals for the Rosanero last season but financial difficulties meant Palermo failed to register for Serie B next season.

The forward found the net twice on Thursday as Romania lost 4-2 to Germany in the semi-finals of the European Under-21 Championships.

“I tried to make sure this news didn’t influence my performances during the Euros. Let’s hope someone has taken notice of me this week.”

Puscas played 33 league matches for Palermo last season as they finished third in Italy’s second tier, before a 20-point deduction saw them excluded from the promotion play-offs.

The 23-year-old made seven cameo appearances for Inter’s first team during the 2014-15 campaign, racking up 158 minutes of game time under Roberto Mancini.