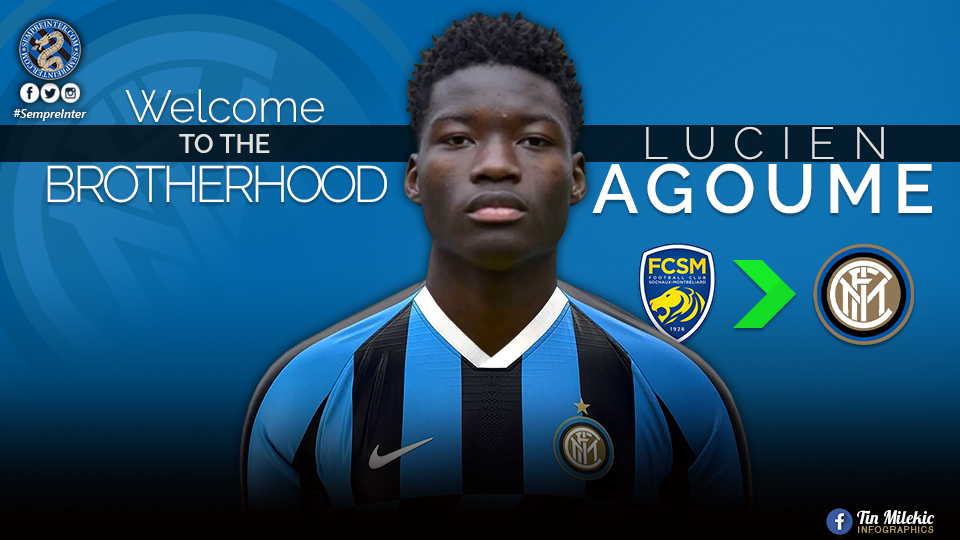 Inter have completed the signing of Cameroon born young midfielder Lucien Agoume from FC Sochaux-Montbeliard, the club announced moments ago.

According to the statement, the youngster born in 2002, has signed a three year deal with the Nerazzurri and will primarily be part of the club’s Primavera setup this upcoming season.

Agoume, was born in Yaounde in Cameroon but has represented France at youth level, collecting 4 caps scoring twice at U16 level as well as 13 appearances for the U17 side, scoring twice.

This past season Agoume, who by many pundits and experts in France has been likened with Manchester United’s superstar Paul Pogba, featured 16 times this past season for Soachaux’s first team failing to get on the score sheet.

He made his first team debut for Sochaux against Troyes in a 2-1 win in Ligue 2 on October 19th 2018 at the age of 16, making him one of the youngest players ever in the history of the French second division.