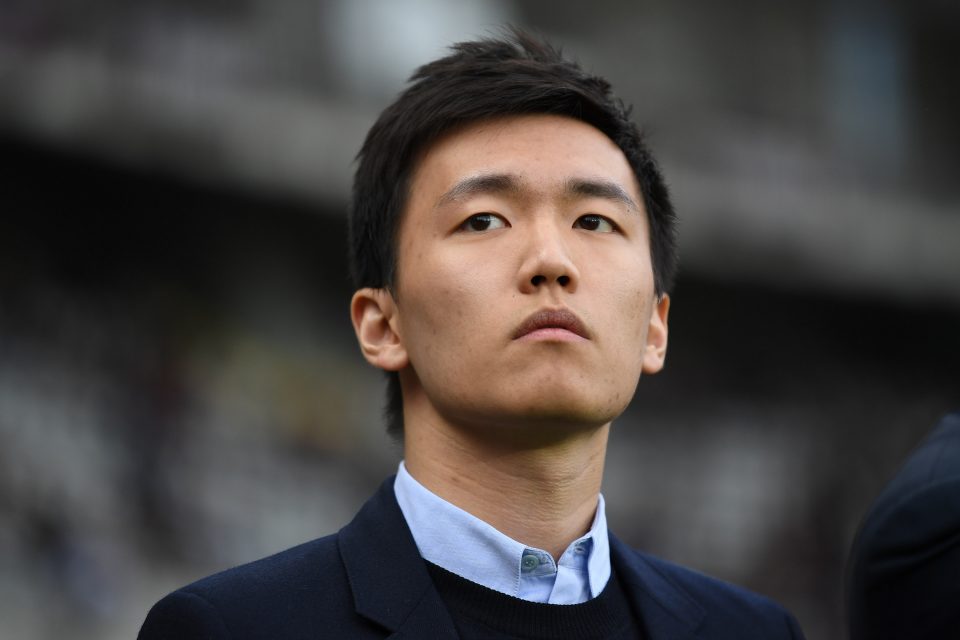 The Nerazzurri put their former captain on the market at the beginning of the summer and have repeatedly reiterated he has no future in Milan.

No clubs have come forward with convincing offers, though, leading some to wonder if they might change their mind and let Icardi back in.

Asked if Icardi might get an opportunity to win Inter back over, Zhang told Corriere della Sera: “No. He’s a great player and a good person who has helped the club with lots of goals in the past.

“We’re certain we’ll find a good solution for him.”

Zhang underlined Inter’s ambition to win trophies under Antonio Conte, who has made little secret of his desire to bring silverware back to San Siro after seven barren seasons.

“Inter’s target is always to win every match we play,” he continued.

“I’m not sure we can do it ultimately, but if you offered me the chance to fight for the Scudetto until the end and pass through our Champions League group, I wouldn’t take it.”

Inter supporters have criticised the club for their plans to rebuild San Siro with Milan, instead of pursuing their own new stadium.

Zhang insisted the joint operation was necessary, though, when asked if the Nerazzurri deserved a ground all to themselves.

“Economically speaking it’s a great decision, both in terms of costs and usage,” Zhang said.

“It works financially for the fans and in terms of marketing opportunities.”

Inter’s lack of transfer activity in recent weeks has led to accusations Suning are not fully committed to the club anymore.

Zhang reiterated the club’s importance to his father’s company, assuring their aim was to increase Inter’s annual turnover to €1 billion.

“Inter is a small business within Suning’s world but at the same time it’s an enormous responsibility,” he explained.

“It’s a football club but it’s also a beating heart and a brand to which people dedicate a lot of their time and energy. Perhaps we didn’t realise that fully when we first arrived.

“Inter is hugely important to Suning. Having them represent us in Europe allows a lot of businesses to get to know us and put their faith in us. It makes us known among those people who are selling products in Italy and Europe.

“After three years of work you can see we’re a solid club with a strong team on the pitch. We have a good coach and good squad and we have twice as many people working for Inter now, which was unimaginable until recently.

“Closing the gap in revenue to Europe’s biggest clubs will be a long process, but it was an even bigger gap three years ago. Surpassing €1 billion is possible if you work on the stadium, sponsorship deals and TV rights both in Italy and Europe.”