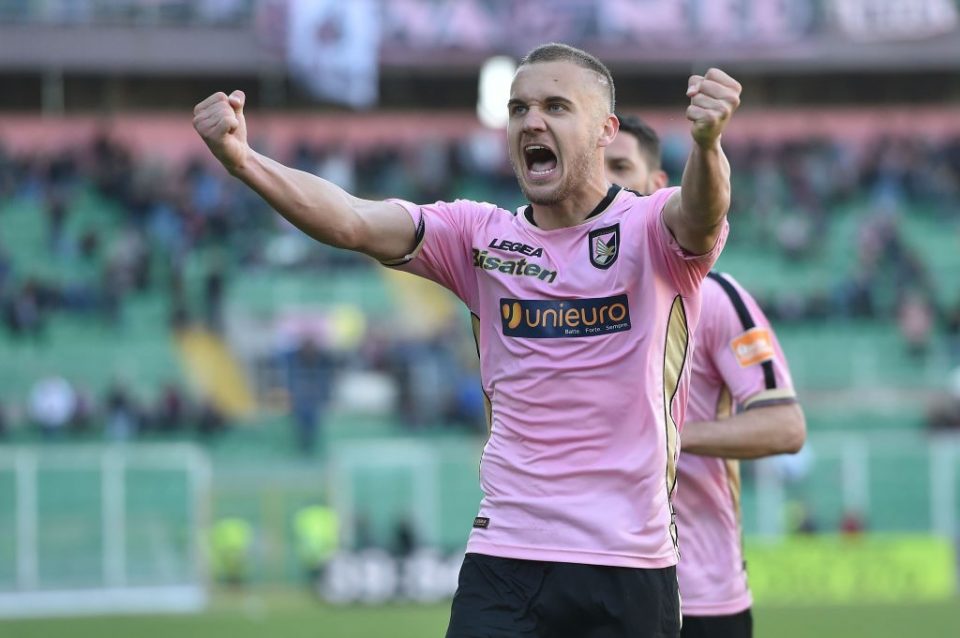 Inter have received seven offers for their Romanian striker George Puscas, according to FcInterNews.it.

Empoli, Torino, Fiorentina, CSKA Moscow and Hamburg were first out of the blocks to sign the 23-year-old, who scored nine goals for Palermo last season.

Spartak Moscow and CFR Cluj have moved more recently, though, providing Puscas with a wide range of options to choose from.

Puscas is destined to leave Inter this summer, but he may have to wait until the Nerazzurri have signed at least one more striker for Antonio Conte.

The forward was due to join Palermo on a permanent deal in June, but the Rosanero defaulted on their payment after failing to register for Serie B.

He has already played for Bari, Benevento and Novara since leaving Inter’s youth system in 2015, scoring his only Serie A goal for the Giallorossi against Milan in 2017.

Puscas will resume preseason training with his Inter teammates at Appiano Gentile on Wednesday, following three days off after the tour of Asia.