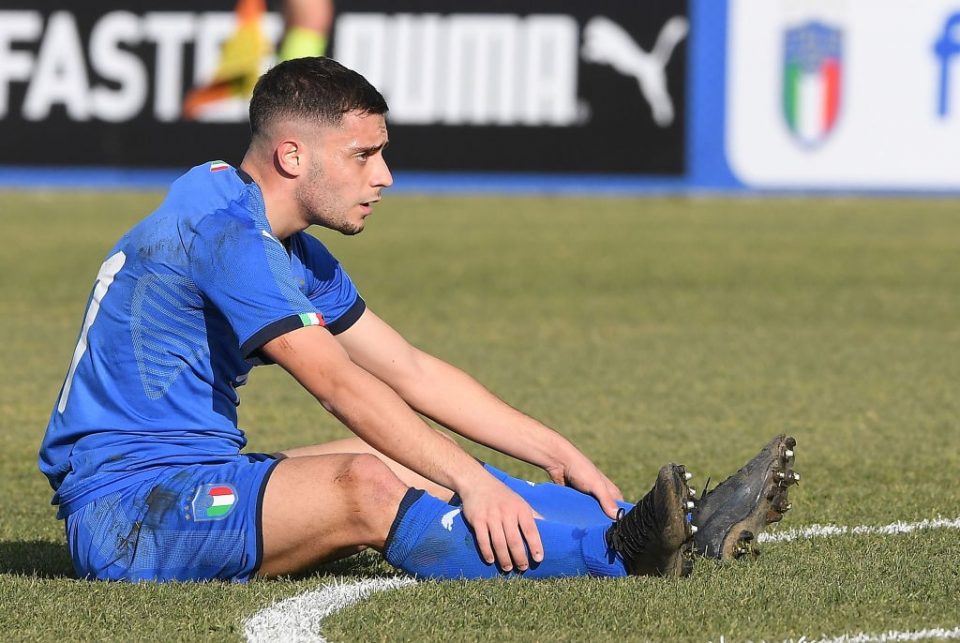 Davide Merola is on the verge of completing a move to Serie B side Empoli according to a report from Sky Sport transfer expert Gianluca Di Marzio.

The 19-year-old striker is set to join the Tuscany based outfit on loan with an obligation to buy. As part of the deal Inter will be owed no less than 50% of any future transfer fee concerning him.

Merola joined Inter at under-17 level back in 2017 and has progressed through the ranks up to Primavera level. He has made 101 appearances in total with the club, including one first-team appearance, scoring a highly impressive 56 goals in the process.

The Italian youth international will join a long list of youngsters to depart the Nerazzurri for pastures new during the course of the Summer transfer window once the deal is confirmed. Zinho Vanheusden, Xian Emmers and most recently Felice D’Amico are just three of many to have left the club this Summer.