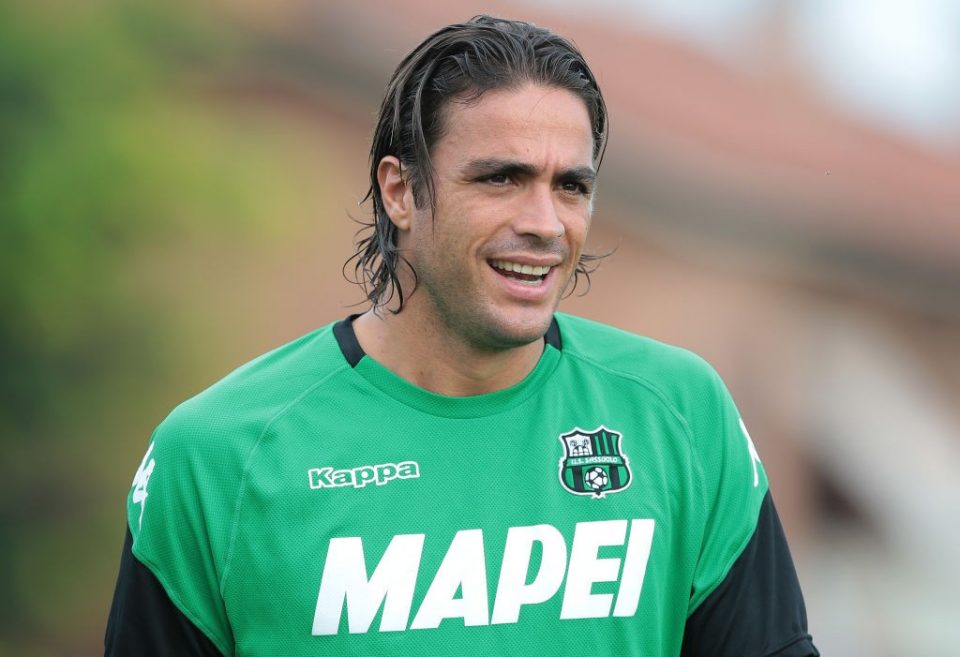 Inter could make two deadline day signings in the shape of Daniel Bessa and Alessandro Matri according to a report from Tuttosport.

Inter manager Antonio Conte wants another midfielder and striker, who can act as deputy to Romelu Lukaku, signed.

Conte wanted the club to sign Arturo Vidal from Barcelona but with time certainly not on Inter’s side, a move for the Chilean midfielder at this stage seems too complicated.

Conte could still get a midfielder in Bessa though. The Italian midfielder is currently on the books of Hellas Verona and could return to Inter on loan. Bessa is an academy graduate of the Nerazzurri and would therefore count toward the homegrown quota in UEFA competitions.

Inter had tried to bring in Andrea Petagna from SPAL to be the back-up to Lukaku but the Ferrara club knocked back Inter’s advances.

Therefore, Inter’s only option at th emoment would appear to be Matri. Matri is an experienced striker at Serie A level and Conte and him have worked previously together too.