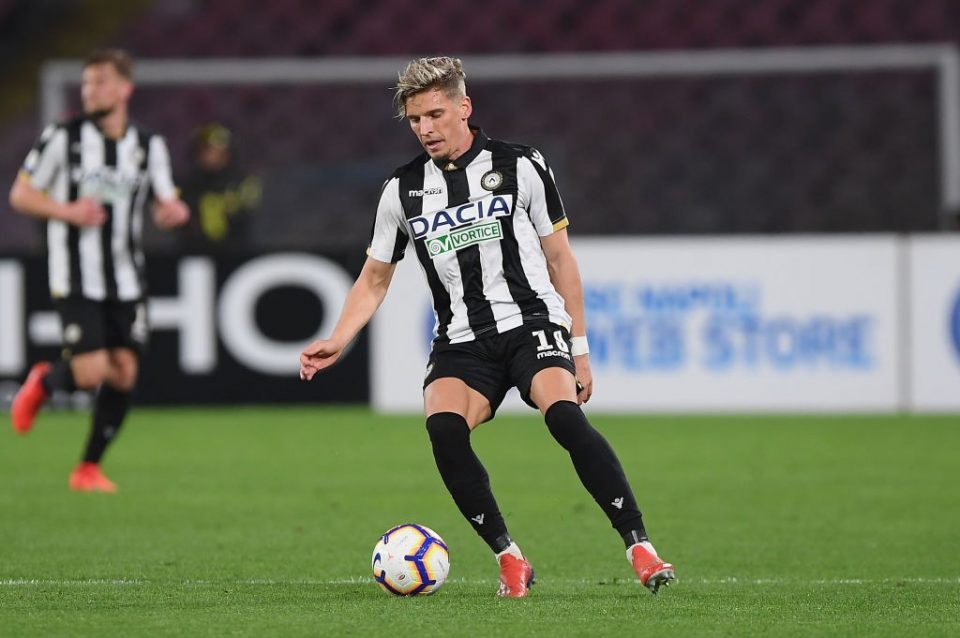 Udinese manager Igor Tudor will be able to select from all barring one of his squad for this weekend’s match away to Inter according to a report from FCInterNews.it.

Dutch right back Hidde ter Avest is to miss out on the match at the San Siro as he continues to struggle with tendinitis.

Tudor should stick with the 3-5-1-1 system he has deployed his side in in their two games to date but the usual doubts when it comes to who will play behind striker Kevin Lasagna remain.

Rodrigo De Paul, Ilija Nestorovski and Ignacio Pussetto are all competing for the position with De Paul seemingly at a bid of a disadvantage to the others due to the fact he will not be back in Italy until tomorrow having been away with Argentine over the international break.

It remains to be seen whether Stefano Okaka will make his first appearance for the club since re-joining them on transfer deadline day.