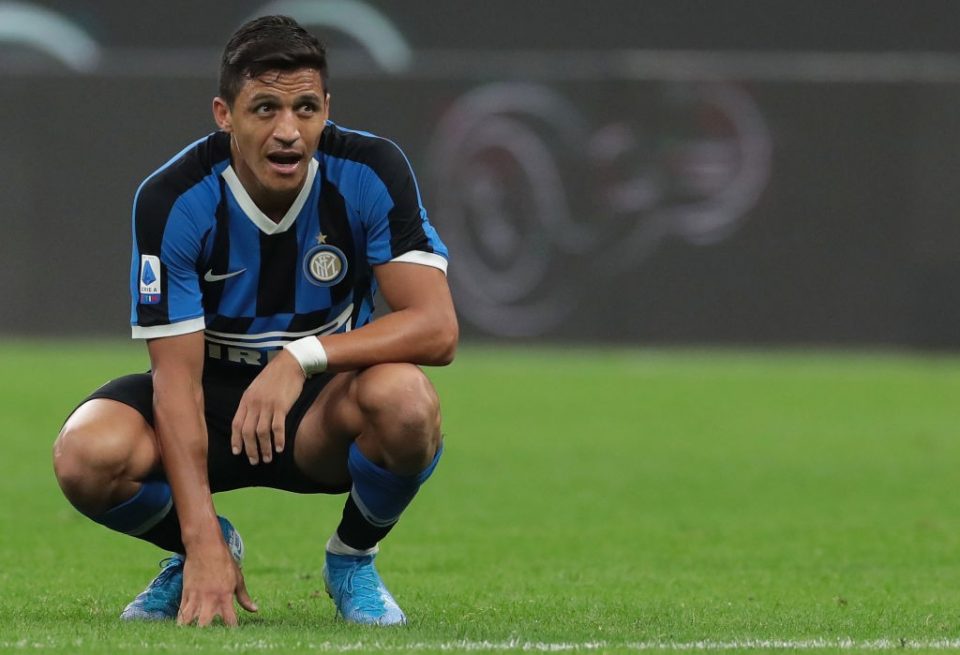 Inter attacker Alexis Sanchez’s former manager Francesco Guidolin has shared his delight following his first appearance for the Nerazzurri over the weekend.

The Chilean came off the bench and replaced Matteo Politano with 10 minutes to go in Inter’s 1-0 win over Udinese at San Siro.

“I think he did well. He had the right liveliness to his play and he can give so much to Inter if he is both physically and morally well,” Guidolin, who managed the 30-year-old during his time at Udinese, said in an interview with Sport Mediaset show Tiki Taka.

With Inter facing a packed schedule over the next three weeks, it can be expected that Sanchez will make his first start for the club during it.

Sanchez joined Inter during the Summer transfer window from Premier League giants Manchester United on a season long loan with the Red Devils understood to be paying the majority of his bumper salary.