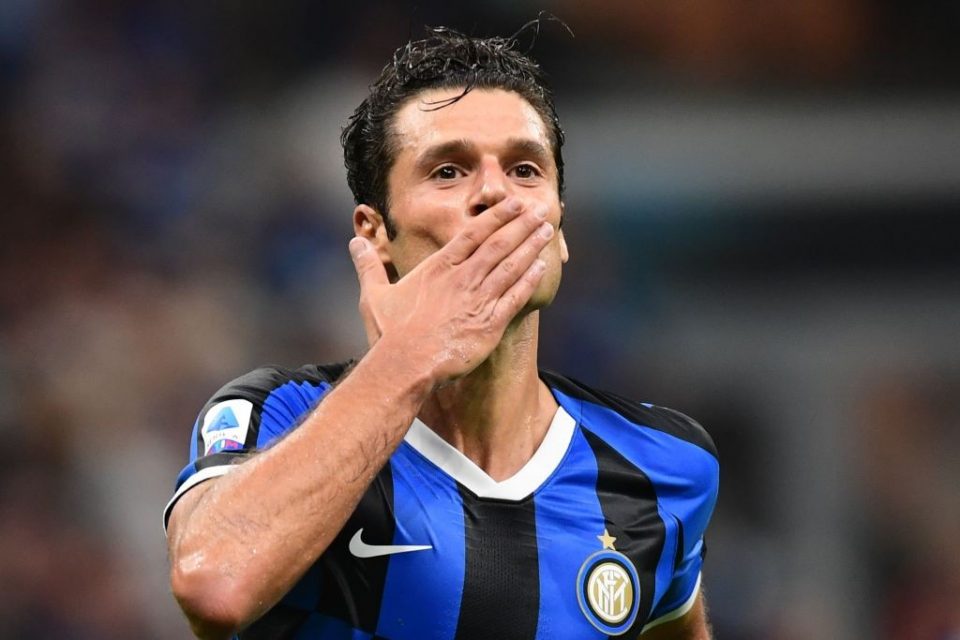 Inter midfielder Antonio Candreva is fit and ready to play in the derby tonight, according to Turin based newspaper Tuttosport, with Conte planning a different starting eleven to the one seen in the Champions League.

The 32-year-old Italian has been taking part in training sessions this week and the Turin daily expects Candreva to start tonight against AC Milan.

Coach Antonio Conte also started a training exercise that required the players to work in pairs, with Matteo Politano and Lautaro Martínez pairing up practicing attacking movements, which suggests that striker Romelu Lukaku is still not fully fit following a back injury suffered in the warm-up of the Nerazzurri’s match against Udinese last week.

The pairing also suggests that Conte may use the 3-4-2-1 formation over his preferred 3-5-2, with midfielder Stefano Sensi playing a more advance position.

In defence Conte is planning to start experienced defender Diego Godin after resting the Uruguayan defender earlier in the week. Matias Vecino is also set to start ahead of Nicolo Barella, after missing Inter’s last two games.