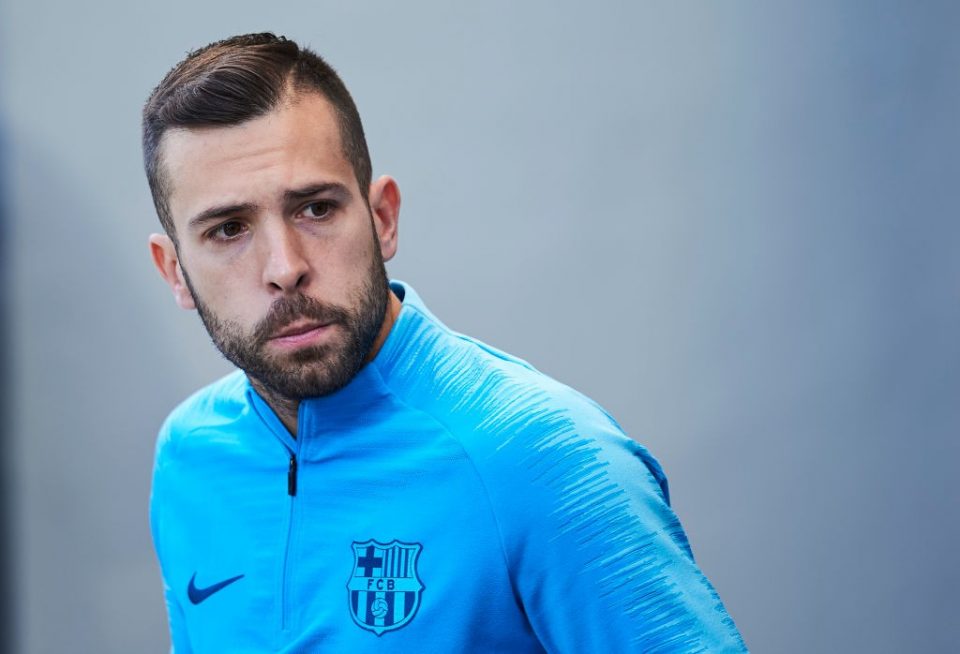 Jordi Alba could be one of a few Barcelona players to return for Wednesday night’s Champions League match at home to Inter according to a report from Milan based news outlet Gazzetta dello Sport.

The 30-year-old has been dealing with a hamstring injury which has caused him to miss each of Barcelona’s past three matches but seems to have recovered from his troubles just in time.

Ousmane Dembele may also return. The winger’s season has been disrupted by injury and he has been limited to just 134 minutes across Barcelona’s eight games as a result. 16-year-old sensation Ansu Fati may also be back available.

It does however remain to be seen whether Lionel Messi will feature against the Nerazzurri. The multi-time world player of the year sustained a thigh injury in the Blaugrana’s recent match against Villarreal and is in doubt for Wednesday’s match but could perhaps make the substitutes bench.